Vick: What does Independence Day mean to you? 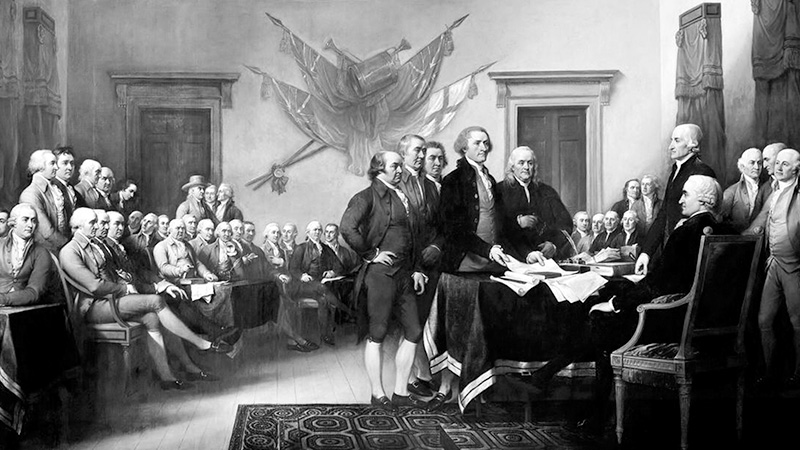 The signers of the Declaration of Independence. [Photo: crowrivermedia.com]

Our country just celebrated the 245th anniversary of the signing of the Declaration of Independence. This year was just another 4th of July celebration with lots of parades, picnics and fireworks. We should never forget the reason for the July 4th celebration. The first one began a grand experiment in democracy in which a country would be governed with the consent of its people.

After 12 long years of debate, 56 men of the Second Continental Congress put their signatures to a document in which they “pledged to each other our lives, our fortunes and our sacred honor.” The Declaration of Independence set forth our intent to leave British rule and laid out the reasons for doing so. 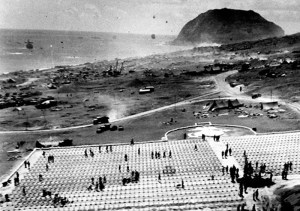 The relevance of that document to a column about veterans is important. The Declaration of Independence was a commitment that bound men to the defense of an ideal. That ideal was born of years of oppressive colonial rule that limited human freedom while exacting allegiance to a monarchy. Every one of those 56 men signed their own death warrant with full knowledge of the risk. The Founding Fathers valued freedom and the future freedom of a nation more than their own personal safety.

Every young man or woman that chooses to serve in our nation’s armed forces takes an oath to continue the defense of that ideal that began July 4, 1776. We often hear that “freedom isn’t free.” If that is true, then what is the cost? Including service members lost in that first War for Independence, almost 1.5 million Americans have given their lives for their country. Many of them were drafted into the Army or Navy in time of war but many more were volunteers. On the Monday morning after the attack on Pearl Harbor, military induction centers throughout the nation were inundated with thousands of young men, waiting in line to enlist. What makes our youngest and best volunteer to fight for their country? Some would say it’s “love of country.” Maybe it’s the same thing that caused 56 men to take that irrevocable step in an attempt to gain their freedom. When our country is attacked, so is our way of life. The freedoms guaranteed in the Bill of Rights are worth defending.

For some time now, our nation’s armed services have been made up of volunteers. They still are the first line of defense in the world’s greatest experiment in democracy. They do not defend a “perfect” nation. From the beginning, our country had its faults. The first line in the Declaration of Independence reads, “We hold these truths to be self-evident, that all men are created equal, that they are endowed by their Creator with certain unalienable Rights, that among these are Life, Liberty and the pursuit of Happiness, – That to secure these rights, Governments are instituted among Men, deriving their just powers from the consent of the governed…” At the time that was written, slavery was legal. Were not the rights of the slaves as important as the rights of the signers?

In his address to Congress in December 1862, President Abraham Lincoln implored Congress to adopt his plan of remunerative emancipation: “We shall nobly save, or meanly lose, the last best hope of earth.” This was one month before his Emancipation Proclamation which freed slaves in states not under Union control. All slaves were freed after the long, bitter Civil War. However, their rights as guaranteed under the Constitution were not realized until the Civil Rights acts of the 1960s. 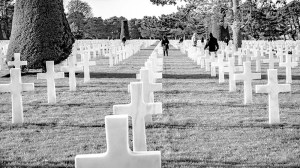 Let’s look at the Preamble to the Constitution. After gaining our independence, our founding fathers authored a Constitution whose Preamble reads, “We the people, in order to form a more perfect Union, establish Justice, insure domestic Tranquility, provide for the common defense, promote the general Welfare, and secure the Blessings of Liberty to ourselves and our Posterity, do ordain and establish this Constitution for the United States of America.”

Never forget the key words “in order to form a more perfect Union.” Our nation was imperfect then and is imperfect now. The Constitution begins with the Bill of Rights and has been amended 27 times in an effort to make it more perfect. With all its faults, our nation is still the grandest experiment in representative democracy that the world has ever known. When someone criticizes the United States of America, ask them to put forth the name of any other country that can equal her record of generosity to other nations, individual human liberty, religious freedom, opportunity for individual improvement and untethered ability to pursue one’s dreams.

The vast majority of American blood has been spilled defending other nations on foreign soil. Our nobleness of purpose has never allowed us to keep the territory that we conquered. Our wars have been fought by individual soldiers or sailors that left their home and traveled to some foreign land because his country asked him to go. That patriotic spirit has battled Nazism, Fascism and Communism and made for a better world. May that spirit continue and may God bless the United States of America.