Dubose era kicks off as Opp travels to Elba 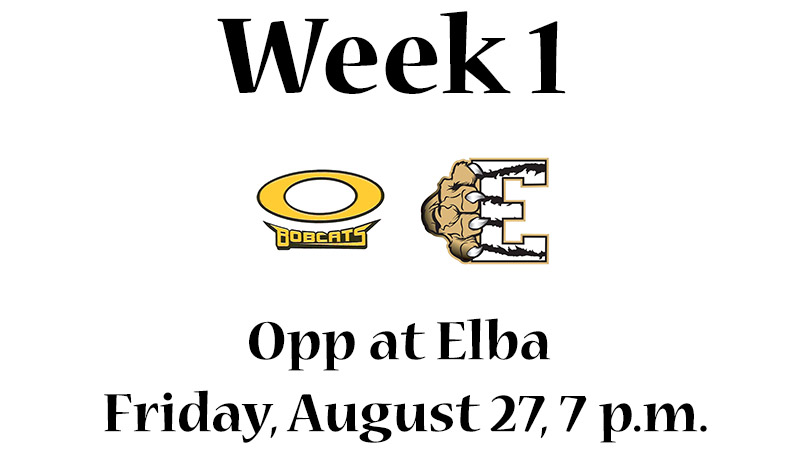 Mike Dubose takes over the program following the departure of Brent Hill and has an overall record of 40-32. It will be Dubose’s first year as head coach after serving as the Bobcats’ defensive coordinator but his seventh year overall. Opp received a forfeit win over Geneva last week while Elba went on the road for a 41-14 rout over Daleville.

Dubose believes there is still a sense of unknown because the team has yet to play an official game. “There are certain things you can do in practice, and I feel pretty good about those. The unknown questions are always there. How do you respond once you turn the lights on, and the scoreboard lights up? For some players, they end up doing better while others do not do as well,” he said.

OHS looks to snap a four-game losing streak to EHS in an unconventional season opener.

“We would have liked to have played the game last week, but obviously, we couldn’t. We were able to do some things and get a little ahead on reps for our upcoming opponent. The unknown concerns me going into Friday night’s game,” Dubose stated.

Despite not being able to play, he said Opp was able to send coaches to watch Elba last week, and that should help in the team’s preparations.

“Elba’s good and has a good football team. They know how to win and expect to win. They always have good team speed, are physical, and they play smart. If you expect to beat Elba, you have to line up and beat them. Offensively, they give you some problems, and defensively, they can get in your face and play fundamentally sound.”