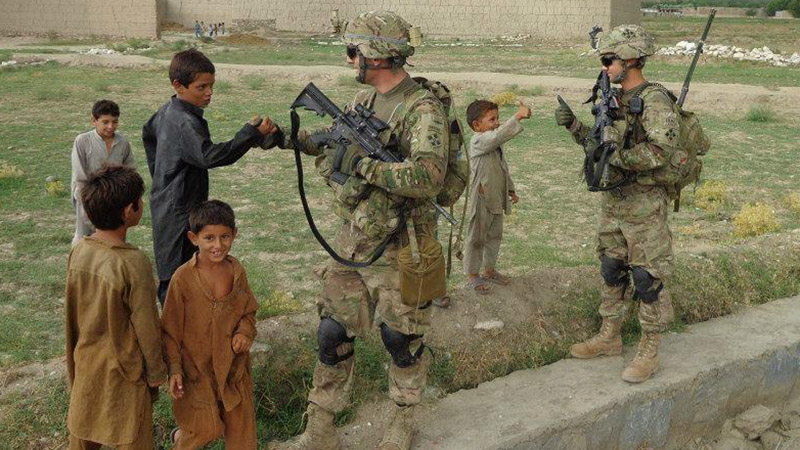 It has been an honor to listen to these brave patriots who put their lives on the line defending our country. Their courage and quiet modesty are exemplary and bring to mind a line from an old Arlo Guthrie song, “The Good Reuben James,”

“Many years have passed and still I wonder why,

Since writing last week’s article was written, the Afghanistan withdrawal has been completed. Before that happened, suicide bombers took the lives of 13 brave American service members, along with many innocent Afghan civilians who were at the Kabul airport. The sacrifice of these brave souls is further evidence of the consequences of poor leadership at the highest levels of our government. The deadly events in Afghanistan should not have come as a surprise to the President, the State Department, the Defense Department or any other U.S. government entity that had a part in our sudden withdrawal. Why would anyone think that giving up Bagram AFB before our evacuation had been completed was a good idea? 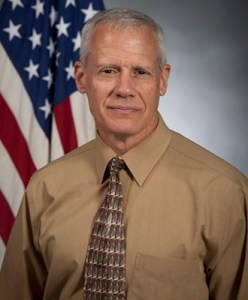 Unfortunately, there has been no accountability among the very people responsible for the evacuation debacle. The entire mess will be a stain upon America’s integrity for years to come. Counterterrorism officials point out that the terrorist sanctuary that was Afghanistan 20 years ago is now the same country on steroids because of all the U.S. advanced weapons and aircraft we left behind.

There is a new hero this week, one who was willing to give up a successful 17-year career in the United States Marine Corps by speaking out and demanding accountability. He was immediately relieved of his battalion command by his superiors “due to a loss of trust and confidence in his ability to command.” Their action was correct and necessary against someone who had taken to social media to berate his country’s leadership.

With that said, look at some of Lt. Col. Stuart Scheller’s statement that got him fired. His remarks are the words of a patriot who was willing to sacrifice his career. He addressed his superiors, “Did any of you throw your rank on the table and say, ‘Hey, It’s a bad idea to evacuate Bagram Airfield, a strategic airbase, before we evacuate everyone?’… Did anyone do that? And when you didn’t do that, did anyone raise their hand and say, ‘We completely messed that up.’” Without accountability, Scheller said that, “potentially all those people did die in vain….Without that, the higher military are not holding up their end of the bargain…I have been fighting for 17 years. I am willing to throw it all away to say to my senior leaders, ‘I demand accountability.’”

Scheller closed his comments with this, “America has many issues…but it’s my home…it’s where my three sons will become men. America is still the light shining in a fog of chaos. When my Marine Corps career comes to and end, I look forward to a new beginning. My life’s purpose is to make America the most lethal and effective foreign diplomacy instrument….While my days of hand to hand violence may be ending…I see new light on the horizon.”

The following comments come from a Marine [name withheld] who spent time in Afghanistan: “I spent a year of my life over there – that’s what we as Marines do, we do as we’re told and I’d do it all over again at the drop of a hat. I do not think we needed to be there then and I’m glad we’re getting out, hopefully to never return. With that said, I can’t believe the chaotic and unprofessional situation that is unfolding before us with the way we withdrew.

“We gave the Afghan National Security Forces [ANSF] all the material assets needed to fight. But those assets mean nothing without the willingness to fight, the leadership, the followership that is required in such an austere environment as Afghanistan. Many members of the Afghan military have fought bravely and sacrificed deeply, especially the Kandaks. I might add that so did many brave American men and women for a homeland that was not theirs but they wore the ‘cloth of America’ with pride. An effective ANSF must rely on courage, readiness, and skill from all its units, not just a few. The entire ANSF is not motivated enough to fight fiercely and sustain the mission of holding back the Taliban without U.S forces by their side – when we leave, they collapse.”

This Marine closed with this recollection of a conversation with an Afghan man who worked for his unit, “We had an interpreter that worked for us at ‘Camp Leatherneck.’ He helped us communicate with the Afghan drivers that we used. Before I left he said to me, ‘ One day you will leave here my friend but you will be back but I can’t tell you if I’ll be your friend or your enemy.’”

Dr. Forrest L. Marion, Col. USAF [Ret.] is Staff Historian for the Air Force Historical Research Agency at Maxwell Air Force Base in Montgomery, Alabama. Dr. Marion spent several months in Afghanistan in 2011. In April of that year, he interviewed Air Force Lt. Col. Frank Bryant as part of the oral history project he was working on. Five days after that interview, in what was called an “insider” attack, an Afghan pilot killed nine American officers at a meeting at the airport in Kabul. One of those men killed was Lt. Col. Bryant, whom Dr. Marion had interviewed. In recalling that attack, Dr. Marion said, “Five days before the attack, I interviewed Lt. Col. Frank Bryant, a highly accomplished F-16 pilot on the fast-track who had learned the ‘Dari’ language [the preferred language of the Afghan military and business circles] about his experiences in Afghanistan. On the morning of the attack, I saw him in the hallway of our wing headquarters building and gave him a CD copy of our interview. He was getting ready for a meeting in another building. Had he invited me to join him, I would have. About 90 minutes later, he was gone, the highest ranking of the nine killed that day and one of the first to be killed. He had been a friend to the Afghans, often visiting with them and practicing his ‘Dari’ skills in his off-duty time.”

In discussing the recent suicide bombing at the Kabul airport, Dr. Marion had this to say, “As I reflect with sadness over this week’s terrible loss of life at Kabul’s airport, I’m reminded of another terrible day, a decade ago when nine dedicated Americans were killed, also at the Kabul airport but on the military side where U.S. advisors worked with the Afghan Air Force. In my book that covered the 2011 attack, I referred to something David French of ‘National Review’ had said, ‘…courage is never truly wasted. It returns incalculable value to brothers-in-arms, to the military and to the nation.’ In time, may this truth help lessen our sadness, even a little.” Dr. Marion’s book, “Flight Risk: The Coalition’s Air Advisory Mission in Afghanistan, 2005-2015,” was published in 2018.

Captain John Andrew Loflin, U.S. Army [Ret.] served two tours in Afghanistan. His first tour was as a light infantry platoon leader in the Kunar Valley. He was assigned to A Company, 2nd Battalion, 12th Infantry Regiment of the 4th Infantry Division. On his second deployment, Loflin served as Reconnaissance Platoon leader for the same battalion. He was sent to a residence Pasto school by the Defense Language Institute and given an extensive curriculum on the GLRoA [the Government of the Islamic Republic of Afghanistan] and the history and tribal intricacies of the country. His primary duty was as liaison to the Governor of Zabul Province in order to gain his approval of U.S. battalion force operations. Loflin had this to say about his time in Afghanistan, “The Afghan National Security Force [ANSF] had a harder fight than ours. We were all volunteers…we might not have believed in the overall mission but we were dedicated to do our part. The Afghans were soft-conscripts at best…transplanted from all ethnic and tribal regions of the country…As far as most ANSF were concerned, the united Afghanistan they were supposed to be fighting for did not exist – not in reality. They took heavy casualties. We had body armor and armored vehicles and most of the time, operated with backup air support. When the ANSF operated alone, they had none of this. That had a devastating effect on individual and unit morale. Desertion was a big problem with the ANSF. 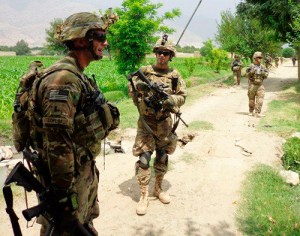 Loflin continued, “We were in close daily contact with local civilians. We drank tea with village elders, knowing full well they were playing both sides, us and the Taliban. Some of the guys in our platoon hated them for it but I never did…They were just trying to survive in one of the poorest, most war-ravaged parts of the world…It’s hard not to love the Afghan people though, especially the Pashtuns. The nature of a counterinsurgency makes you very observant. When you pay attention to civilians caught up in a war zone, living in extreme poverty, it is not difficult to see their humanity. It is on full display and often in its rawest form. I might not have trusted them but I respected them and eventually grew to love them.”

Loflin reflected on the recent fall of Afghanistan and the ensuing tragedy caused by a hasty, poorly thought-out withdrawal, “I am heartbroken for the Afghan people. I’m not surprised that the country fell – no one believed it would last more than a year or two…I think that our treatment of our Afghan allies has been disgraceful. I have been working with former interpreters’ SIV [Special Immigrant Visa] applications since 2012. The recent crowds of people at the Kabul airport were not solely failed by the withdrawal plan but also by years of apathetic and ineffective bureaucracy. Afghanistan will only be ruled by Afghans…they have constantly proven that for 2400 years. If the Taliban are to be driven from Afghanistan, it will have to be done by the Afghan people.”

This article with commentary is dedicated to all the Gold Star families of sons and daughters who made the ultimate sacrifice in Afghanistan. May their sacrifices not have been made in vain. God bless our country, a country that continues to send its best and brightest to fight wherever ordered.