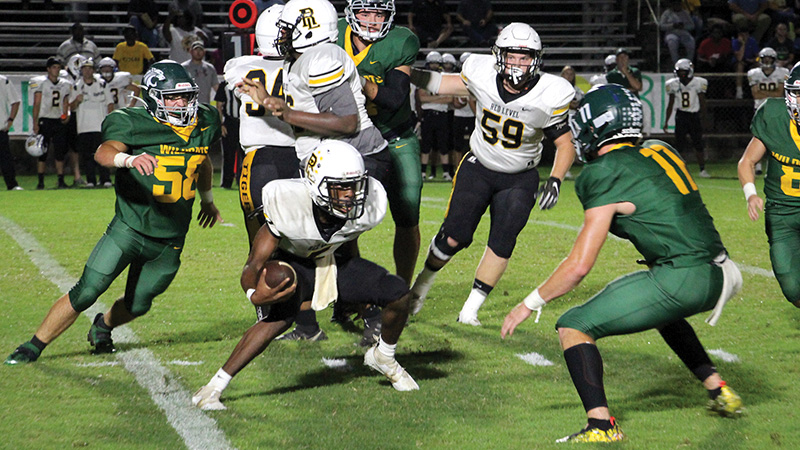 Florala came out on top in a hard-hitting, defensive battle against Red Level, 14-0.

Both teams saw moderate success moving the ball early on, but those drives tended to stall out after big plays by the opposing defenses or penalties.

Still scoreless after one quarter, Florala found itself with good field position after a good punt return to the Tiger 40-yard line by Austin Howell. The Wildcats went to the air on first down as Conner Greer hit Zane Weeks in stride along the sideline for a big 34-yard pick up. Johan Zamora put Florala on the board on the next play with a 6-yard touchdown run. Rayshon Coleman powered his way in for the 2-point conversion to make the score 8-0 with 5:06 to go in the half.

Red Level played most of the second half on their own side of the field and Florala was able to take advantage late in the game. After Greer completed a 24-yard pass to Coleman, Howell completed the drive with a 1-yard run into the endzone. The 2-point failed, leading to the final of 14-0.