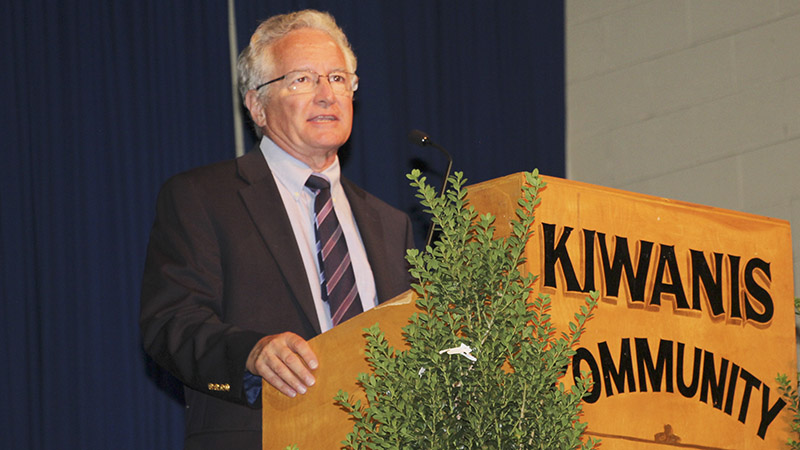 Those involved in the Sav-A-Life ministry gathered Monday night to celebrate the organization’s successes over the past year.

After canceling the event last year due to the pandemic, the 29th Annual Sav-A-Life welcomed about 350-400 attendees at Monday’s event. The guest speaker was Dr. David Stevens and Rev. Gary Miller, a founding board member of Sav-A-Life and pastor of Westview Baptist Church in Opp, served as the emcee. Beth Dean and Mark Rudd performed a song. 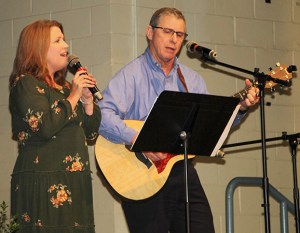 Among the highlights was the recognition of longtime volunteer and Sav-A-Life Executive Director Dianne Gray who retired over the past year after serving the organization for a total of 18 years, five of those years as the director. Christy Watts, another longtime volunteer with Sav-A-Life, was introduced as the new executive director.

Sav-A-Life Board Member Jan White also recognized volunteers and patrons who have passed away since the last banquet held in 2019.

Stevens is the CEO Emeritus of the Christian Medical and Dental Associations and a former medical director of Samaritan’s Purse. He served several years as a missionary doctor to Kenya and is board certified in family practice and holds a master’s degree in Bioethics. He said he hoped to provide some knowledge that will help those attending defend the unborn.

“As we look at our country, there is a huge effort to move abortion forward as never before … to be available and paid for by the government.

“The foundational question we need to answer is: What does it mean to be human? Being human means we were made in God’s image. We have a moral responsibility to our Creator to protect life. That is the bottom line. We are afraid to speak out it in the public square … afraid to start an argument. But, a few basic facts could help change someone’s mind,” Stevens said.

Sav-A-Life board members also took time to thank and recognize a number of local businesses and individuals who helped sponsor the banquet.