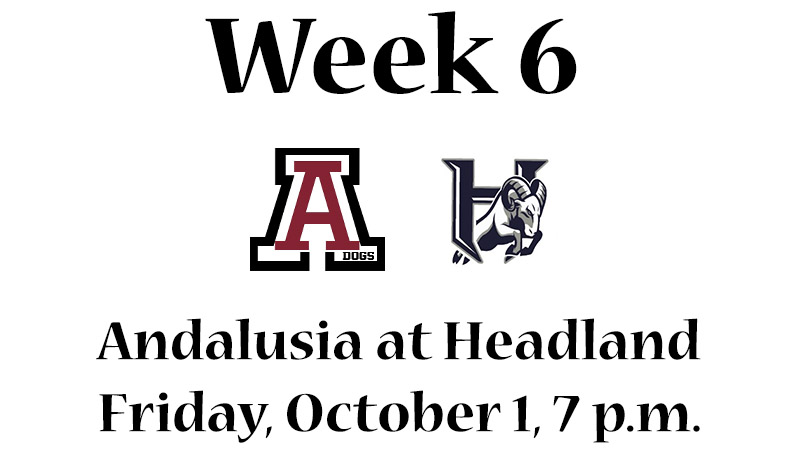 Head Coach Trent Taylor was grateful for his team’s effort. “Anytime you get a win at homecoming with all the alumni there, it puts a stamp on it. Defensively, we probably played a lot better than we did a week before. I saw a lot of improvements on that side of the ball. We had fewer points on the field from an offensive standpoint, but we will try to clean that up and get ready to get back into region play,” he said.

Headland will be the final road game of the regular season for Andalusia.

Taylor stated, “Coach (Rodney) Dollar has been around about as long as I have. He got the job late back in April but does a really good job. He’s a Wing-T guy, and it certainly puts us in a situation where we have to work on something you don’t see much of anymore. We will hopefully be prepared for that. Defensively, they run the 4-3 based out of an even front about 99 percent of the time.”

He added HHS has had a lot of players out with injuries this season. “He probably got two of his best players back last week, and they were a very integral part of the win they got Friday night.”

The two teams will square off for the seventh time dating back to 2010. AHS has dominated the series with a perfect 6-0 record and a 291-61 scoring edge against HHS.

Andalusia had no problem against Headland last year and cruised to a 42-0 home win.