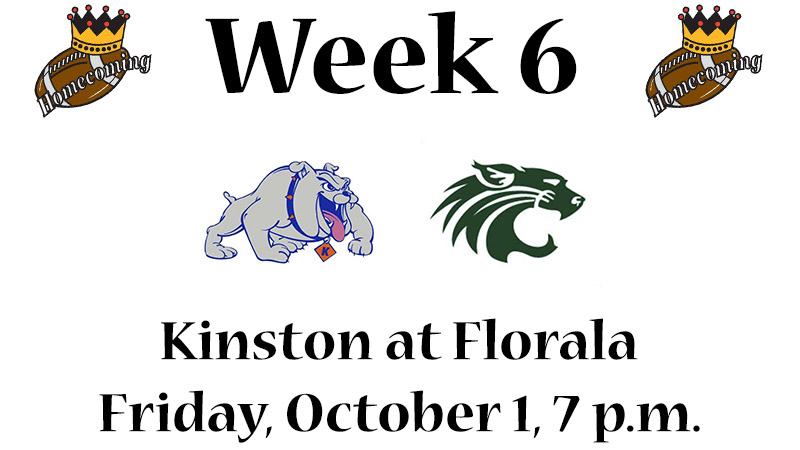 FHS made the trip to Dothan last week and dropped a hard-fought contest to Houston Academy, 49-0. KHS was on the end of the spectrum and set a school record for largest margin of victory with a 74-0 thumping of Barbour County.

Head Coach Chris Littleton shared his thoughts on the end result against the Class 3A Raiders.

“HA was a tough matchup for us, but it was a non-region game against a larger school. All of our goals for this season are still available to us.”

The task at hand for Florala this week will not come easy. He said, “Kinston is very physical. They run a very difficult offense to defend, and they have a great coaching staff.”

Littleton added that it is important to remain focused during the week despite all the distractions.

“Homecoming is a lot of fun for the kids and the community, and I want our kids to enjoy it. At the same time, we have a big region matchup on Friday night, and to us, that is the most important thing about homecoming week,” he stated.

This year marks the 34th meeting between the two rivals as they have faced one another every season since 1988. FHS holds an 18-15 lead in the series and has outscored KHS, 912-763. The Bulldogs won nine in a row from 2009 to 2017, but the Wildcats have posted a three-game winning streak since 2018.