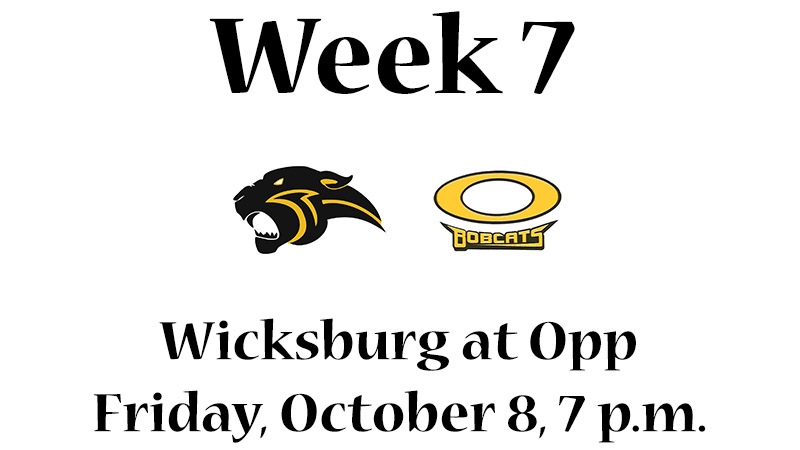 “It was a tough, physical game for us. We made a lot of big plays on the offensive side of the football. Sometimes, you don’t sustain drives because you are making those big plays of 60 yards, 70, or longer. I think we’re improving each week on offense, but with the better teams we play, we need to control the ball and run time off the clock,” he said.

According to Dubose, Opp continued to play well on special teams, but the defense is still an area for improvement. “We gave up 12 points and allowed some yards. I was a little bit concerned, and we need to play better defensively.”

Dubose feels this week’s winner will have a significant advantage in the region. “It’s still a four-team race right now. Wicksburg is a really good football team, and we have been studying them,” he said. “They’re really big, physical, talented, and well-coached. They will be the most explosive team to date for us this season but also could be the biggest and maybe the fastest.”

The Bobcats and Panthers meet for the sixth straight year since first playing in 2016. Although OHS holds a 3-2 lead in the series, WHS has the scoring edge, 118-100.