The Vietnam War – Heroes Within a Divided Nation 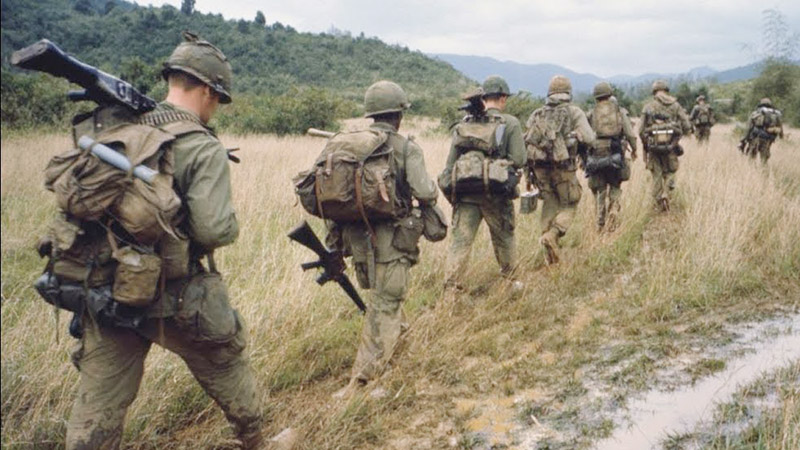 Marines on a ground patrol in Vietnam. [Photo: Pinterest]

As a special note, Covington Veterans Foundation will be bringing the Traveling Vietnam Wall to Andalusia at a date to be announced in 2022.

The Vietnam conflict was the first war involving American troops in which casualty reports and battle information were covered by television news media daily. The United States government had its own narrative of the war, but that was often in conflict with what the media presented in its daily reports. For the first time, the American public was shown close-up reports of battles in which its soldiers died on a daily basis. It might be fair to ask, “How would the American public have reacted to the brutal battles of WW II if there had been daily news reports?”

No other military conflict has provoked so many differing opinions among Americans as did the Vietnam War. Just how did we get involved in Vietnam?

In 1950, President Harry S. Truman signed the first Military Assistance Advisory Group – Indochina to assist the French who were fighting the Viet Minh in Vietnam. When the French were defeated in 1954, the Geneva Accords required them to leave by 1956 and divided the country along the 17th parallel into South and North Vietnam. On November 1, 1955, The U.S. changed its advisory group to the Military Assistance Advisory Group – Vietnam [MAAG-V] who were assisting the South Vietnamese against the Viet Minh. That date is considered the beginning of the Vietnam War. The number of advisors sent to Vietnam increased through the 1960s until the Tonkin Gulf incident in 1964.

In early August of 1964, two U.S. Navy destroyers, the USS Maddox [DD-731] and USS Turner Joy [DD-951], stationed in the Gulf of Tonkin in Vietnam radioed that they had been fired upon by North Vietnamese forces. In response to these reports, President Lyndon B. Johnson asked Congress to authorize an increase of U.S. forces in Indochina in order to retaliate. On August 7, 1964, Congress passed the Gulf of Tonkin Resolution. It authorized the President to take whatever measures he deemed necessary to retaliate and promote the maintenance of international peace and security in southeast Asia. The Gulf of Tonkin Resolution became the legal basis for the U.S. prosecution of the Vietnam War.

The first known casualty listed on the Vietnam Wall is that of Richard B. Fitzgibbon of North Weymouth, Massachusetts, who died on June 8, 1956. Ironically, his son’s name, Marine Corps Lcpl. Richard B. Fitzgibbon III is also listed. He died September 7, 1965. The U.S. first deployed full combat units to Vietnam in July 1965. 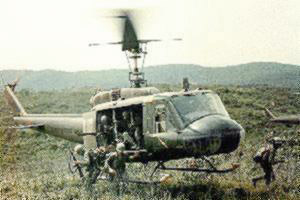 Statistics compiled from the Wall:

There are three sets of fathers and sons listed on the Wall.

There are 31 sets of brothers listed on the Wall.

There were 997 soldiers killed on their first day in Vietnam.

There were 1,448 soldiers killed on their last day in Vietnam.

There are eight women listed on the Wall, all of whom were nurses.

There were 244 Medals of Honor awarded for actions in Vietnam and 153 of them are listed on the Wall.

Thirty-one sets of parents lost two of their sons.

The Thomas A. Edison High School [an all-male school at the time] in Philadelphia lost a staggering 64 of its graduates in Vietnam.

Morenci High School in Morenci, Arizona had nine graduates enlist in the Marine Corps on the same day in 1966. Only three of them returned home.

The tragic death toll in Vietnam was felt in every corner of the nation. More than 2,700,000 Americans served in Vietnam and returning veterans were often faced with crowds of protesters when they arrived. People who hated the war took out their frustrations on returning veterans, calling them “baby killers” and worse. The veterans were spat upon and confronted with horrific signs displayed by protesters. This type of “welcome home” had a devastating effect on soldiers who were proud to have served their country.

Vietnam veterans represented 9.7 percent of their generation. Besides dealing with ungrateful protesters when they returned home, many had to deal with the memories of the war, often lived out in recurring nightmares, flashbacks and depression that we now call PTSD [Post Traumatic Stress Syndrome].

In his book, “Dereliction of Duty,” H. R. McMaster said this about the Vietnam War: “The war in Vietnam was not lost in the field, nor was it lost on the front pages of the ‘New York Times’ or the college campuses. It was lost in Washington, D.C.”

Our nation welcomed home the troops from WW I, WW II and Korea. The men and women who served in Vietnam were no less courageous and honorable and deserve the same thanks and recognition from a grateful nation.

Covington Veterans Foundation and the City of Andalusia will honor all veterans beginning on November 7, 2021, with a “Celebration of Heroes” to be held at 2 p.m. at the Andalusia High School auditorium. The program’s guest speaker will be Dr. Jack Hawkins, Vietnam veteran and Chancellor of Troy University. Immediately following the program, an exhibit honoring Vietnam Veterans will open at Andalusia City Hall with a reception. The museum quality exhibit will remain open during business hours through November 19.

On November 10 at 10 a.m., the South Alabama Regional Airport will dedicate and name its Heliport for the late John B. Givhan, Vietnam veteran and longtime veteran’s advocate. The featured speaker will be Gen. Walter Givhan, cousin of John B. Givhan. The commanding general of Fort Rucker is also expected to attend.

The Andalusia Area Chamber of Commerce will sponsor a Veterans Day parade beginning at 9 a.m. on November 11. Floats will include veterans from different eras.

The parade will be followed by a Veterans Day program at the Covington Veterans Monument behind City Hall. The speaker will be Sam Nichols, U.S. Marine Corps and Andalusia High School graduate. A reception in City Hall will follow the program.

The American Legion Auxiliary will be serving a BBQ lunch beginning at 11 a.m. at the Legion post.