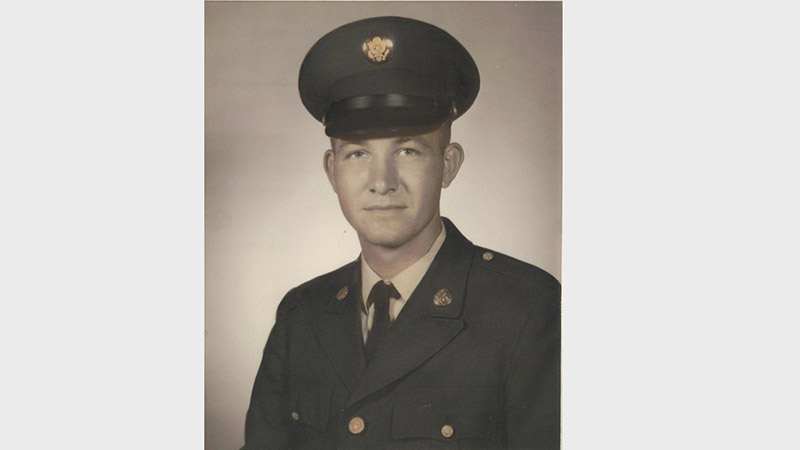 Corporal Robert Smithart remembers stepping off the plane at Ton Son Nhut airbase in Vietnam, “As we were unloading the new troops, there were body bags waiting to go onboard the plane. I can remember the smell, it made me sick.”

Robert David Smithart was born May 16, 1944, in the Carolina Community in Covington County, Alabama. His parents were Cleve and Gladys Smithart. Robert attended Straughn Elementary School, then transferred to Andalusia High School where he graduated in 1963. While in high school, he worked at Stokes Grocery after school and on Saturdays. After graduation, he worked at Stokes Grocery, Pruitt’s Cleaners and Andalusia Grocery before he was drafted in 1965. Robert had five brothers that also served in the military; Max in the Army, Billy in the Army in Korea, Leonard in the Army in Korea, Cecil in the Army [during the Vietnam War but sent to Germany because of not allowing two family members in a war zone] and Carlos in the Marine Corps.

After his induction on July 27, 1965, Robert was sent to Fort Gordon, Georgia, for basic training. Upon completion of basic, he was assigned to Fort Hood, Texas, where he underwent training in the maintenance and operation of trucks. His specialty was the “deuce and a half,” the two and one-half-ton truck. After Fort Hood, he was promoted to Corporal and given a short leave before shipping out to Vietnam. He left Oakland, California, on May 1, 1966, arriving in Vietnam a day later after a refueling stop at Wake Island.

After landing in Saigon and the encounter with the body bags of dead soldiers, Robert was flown to Quy Knon and assigned to the 58th Transportation Company. That would be their main operating base for the next year although they would be temporarily based at Pleiku and An Khe for short periods of time.

Robert recalled some of his time spent at Quy Knon, “You could never relax, whether at a firebase or our own depot. There was full-time guard duty and the sound of a gun-shot put everybody on alert. When we stopped at night, we slept between the dual-wheels of the truck. On the road, we were constantly alert for sniper fire. My scariest moment happened during one trip when my passenger-side window was blown out by a sniper’s bullet.”

Drivers in the transportation companies lived in a constant state of exhaustion. Robert stated that in any given month, he might drive every day, “When we got back from a trip, it might be nearly dark but we had to maintain the truck and get it reloaded for the next day’s trip. If you had a flat tire, you fixed it that night. You carried your rifle at all times.”

Occasionally, Robert drove his commanding officer’s jeep, or manned the M-60 machine gun mounted on the back. Whether he drove the truck or the jeep, he traveled on roads that were in disrepair that challenged even the best drivers. He recalled the conditions, “Even the paved roads were full of pot-holes that hadn’t been filled. All the bridges had been blown up by the Viet Cong or NVA and that caused to us to have to slow down and detour, making us sitting-ducks.” He continued, “We worked extra-long hours, seven days a week. Every day looked the same – if you didn’t have a pocket calendar to mark off the days, you never knew what day it was….You left every morning carrying supplies, ammunition or heavy weapons, escorted by MPs driving gun-jeeps. We delivered to infantry units, artillery units or airborne units at out-lying firebases.” Robert said that they were welcomed by everyone they served but that the airborne units were a little selfish with the use of their facilities. 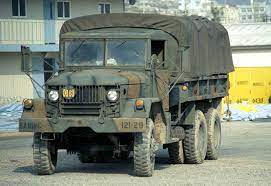 After Corporal Robert Smithart finished his tour in Vietnam, he returned to the States and was sent to Fort Lewis, Washington, where he was discharged in May 1967. He had received the Defense Service Medal, the Vietnam Service Medal and the Vietnam Campaign Medal.

After returning home, Robert met and married Jean Mitchell from Red Level, Alabama, on October 6, 1967. Robert sold insurance for a time, then worked at a convenience store before taking a job with the Delchamps grocery store at the Covington Mall. He eventually bought the store with a partner. They operated it as United Super until Robert’s retirement in 1999.

Robert and Jean have three children, Michael [Amy], who is superintendent of Opp City Schools, Melissa [Will] Crenshaw, who lives in Greenville and Christy [Daniel] Nelson, who lives in Pike Road. They are the proud grandparents of seven grandchildren.

The author thanks Robert and Jean Smithart for helping tell his story. Robert became a close friend with the author’s late brother and Vietnam veteran, Jimmy Vick, when they were employees at Delchamps.