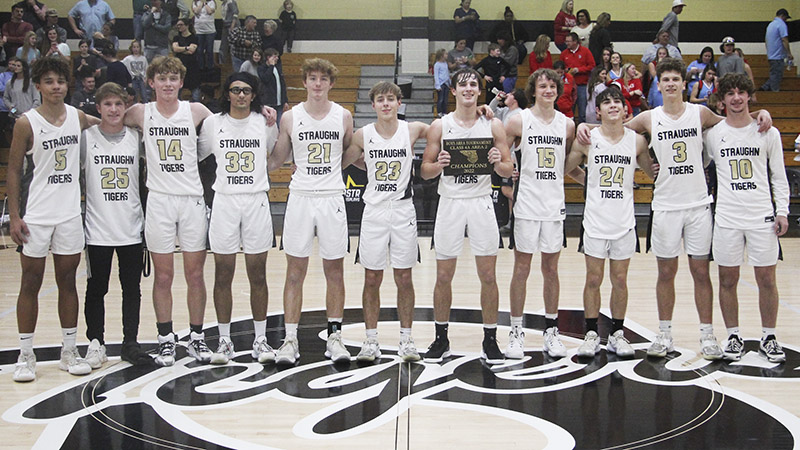 The Straughn Tigers won an overtime thriller over the Dale County Warriors to capture the 4A Area 2 Championship Friday, Feb. 11.

The Straughn Tigers earned the 4A Area 2 championship with a thrilling overtime victory over Dale County, 36-35.

Both teams brought their best defense for the game with points being at a premium. After the first period, the Tigers held a one-point edge, 5-4.

Straughn continued to hold on to its small lead through the second period, taking a 14-12 lead into the half. 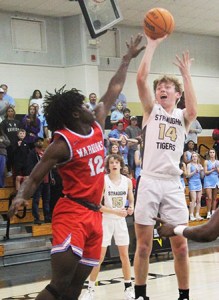 Dale County’s defense continued playing well, keeping them within striking distance, but Straughn once again outscored them in the third period to take a 21-18 lead into the final period.

The Warriors caught up with Straughn in the final period, tying the game at 25 with 2:26 remaining in the game. The Tigers battled right back and took a 30-28 lead with 1:05 remaining in regulation.

In the final minute, Dale County hit a three-pointer to take another one-point lead. With about 25 seconds remaining, Straughn tied the game again with a free throw that sent the teams into overtime.

Dale County took the early lead in the extra period and was clinging to a 35-33 edge with only 45 seconds on the clock.

With 24 seconds to go, Abram Guilford went up for a game-tying layup and was fouled in the process. Having already hit five of seven free throws in the game, Guilford was true once again, converting on the extra point and giving the Tigers a one-point advantage, 36-35.

Dale County was unable to convert as the clock ticked to zero.

Having hit the game-winning basket, Guilford led the way for Straughn, finishing with 11 points. Micah Turner added 10 points. Daniel Bell hit the only three-pointer for Straughn and finished with 8 points while Parker Black chipped in 4 points.

With the win, Straughn advances to the sub-regional and will host St. James, which finished as the Area 3 runner-up.