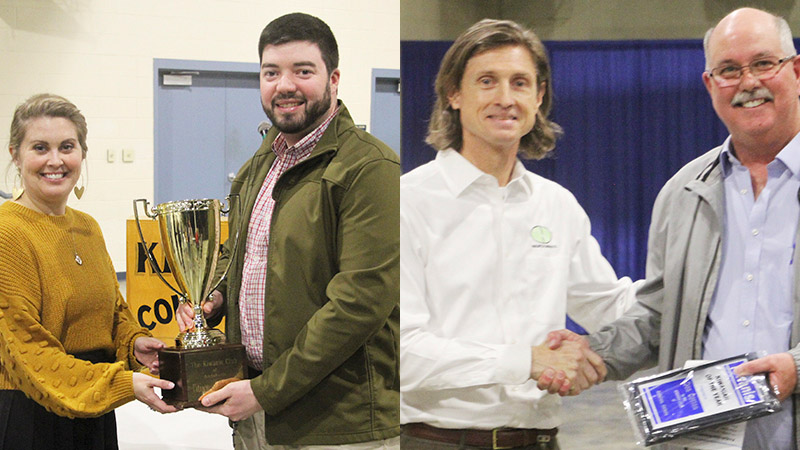 “(King) came to Andalusia and quickly got involved in our community. About eight years ago, she became involved in the Full Tummy Project in Covington County, feeding 300 children every week. With a budget of only $68,000, they feed that many kids every single week. An amazing feat,” Grimes said.

King said the success of the Full Tummy Project is due to many people who volunteer their time and efforts.

“This is such a surprise and a joy,” King said. “I am not a Citizen of the Year by any stretch. I just came from our pantry and we had 25 people show up to pack 600 bags that will last for the next two weeks. The reason Full Tummy is successful is because of all of those who participate. I am glad to be a part of it, but nothing can be done without the volunteers.”

“It was a difficult time. It took the groups of people of we normally communicate with — our churches, our civic organizations — and made it more difficult to get together. That separation was tough. Over these past couple of years, we’ve had someone to guide us. Don has done a wonderful job, gave us consistency and continued recruiting new members, even during the pandemic,” Raley said.

Cotton said Kiwanis Clubs across the area have faced challenges during the pandemic, but that the work continued with hopes that normalcy is just around the corner.

“It has been a challenge no doubt. I’ve been honored to serve as lieutenant governor for our district and we have seen a lot of challenges. But, people are starting to get out more and maybe we are about to get the worst behind us,” Cotton said.

Keynote speaker for the banquet was Dr. Michael McQueen of Enterprise. McQueen was a member of the University of Alabama football team and served as a pall bearer at the funeral of Coach Bear Bryant.