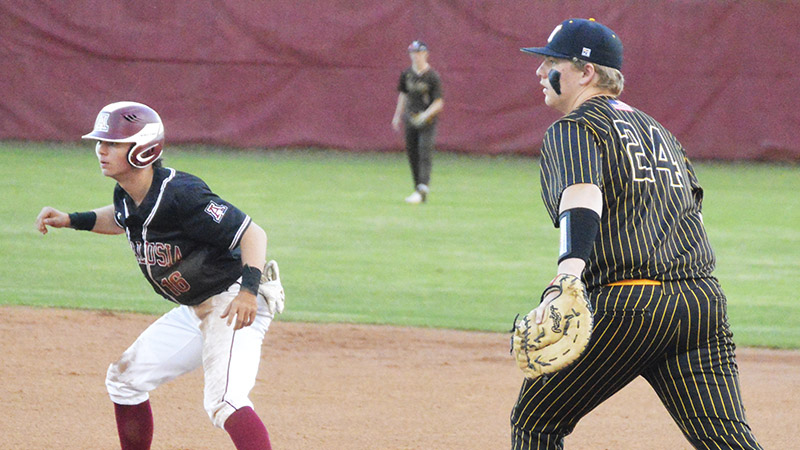 Conner Brooks, left, gets a lead at first base past Will Hanners in Andalusia's 2022 home baseball opener against Wicksburg. (PHOTO BY ZACK MAIO)

Wicksburg started the game strong and took full advantage of eight defensive miscues to run away with a 12-2 varsity baseball win at Andalusia Tuesday. 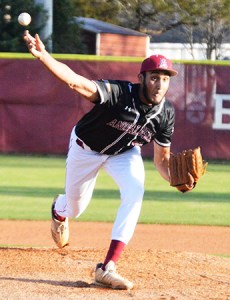 Aksh Patel struck out Eli Williams to begin the game. Drew Colon, Jackson Glover, and Will Hanners singled to fill the bases in the top of the first inning. Maddox Burkhardt reached on an error as Colon scored the first run of the game for the Panthers (3-0). Payton Crutchfield collected an RBI on a walk as courtesy runner Trey Summers scored. Easton Dean dropped a shallow fly ball into right field for an RBI single as Hanners crossed home for a 3-0 lead. Tyler Campbell flew into a double play and ended the inning. Ayden Amis led off the home half with a single to center and advanced to second on a sacrifice bunt by Conner Brooks. Joseph Turner followed with a single to put runners at the corners, but Glover kept the Bulldogs (0-2) off the board. 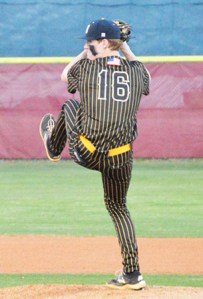 Jackson Glover was the winning pitcher for the Panthers in their game at Andalusia.

Patel retired the first two batters of the second on four pitches. Colon tripled to the wall with two outs, and Glover delivered an RBI single for a 4-0 lead. The rally ended with a tag play at third. Lucas Jordan reached on a two-out walk but was left stranded to close the inning. WHS loaded the bases with a single and two walks in the third, but Tucker Glenn had the final say with two clutch strikeouts and kept the score 4-0. Amis and Brooks led off the bottom of the frame with back-to-back walks. Glover bent but did not break, and AHS was unable to score.

Colon took first on an error to start the top of the fourth but was quickly erased on a 1-6-3 double play before a pop-up ended the inning. Glover then struck out the side in order as the action shifted to the fifth inning, where Wicksburg laid its third straight zero on the scoreboard. Jordan and Connor Dalton led off the last of the inning with walks. Two batters later, Turner ripped a two-run double down the third baseline and scored Jordan and Dalton. Andalusia left the tying run in scoring position as the score remained 4-2 after five. 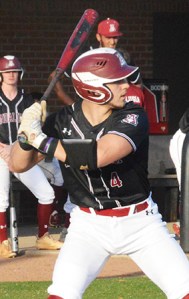 Joseph Turner hit a two-run double in the fifth inning to bring AHS within two runs of WHS.

The sixth inning proved to be too much to overcome when five straight errors led to a seven-spot. Burkhardt scored Glover with an RBI double and made the score 6-2. After a failed squeeze bunt attempt for the second out, the Panthers stretched their lead to 11-2 with five unearned runs in the top half. Jake Coon was plunked and made it to second as the Bulldogs could not muster anymore. Burkhardt doubled and scored the final run of the contest on a sacrifice fly from Dean. Jack Day reached on the only WHS miscue, but it was not enough as AHS fell short in its home opener. 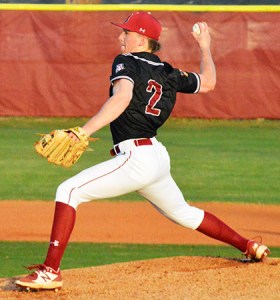 Tucker Glenn struck out four in three-plus innings of relief on the mound.

Amis went 1-for-1 at the plate, and Turner earned a 2-for-4 showing. Hanners finished 4-for-5 as Colon and Burkhardt each added 3-for-5 days. Patel suffered the loss and allowed four runs (three earned) on six hits in 1 2/3 innings. Glenn pitched 3 1/3 innings of no-run, three-hit ball.

Glover earned the win with two runs on two hits and struck out seven in four innings. Colon pitched the final three innings and earned the save with five strikeouts and only one hit allowed.

Andalusia next travels to the Hits for Heroes event in Dothan and plays Houston Academy Thursday, Feb. 24 at 4:30 p.m.