Questions have been raised regarding a Covington County murder conviction in 1985 after a key witness recanted his testimony. 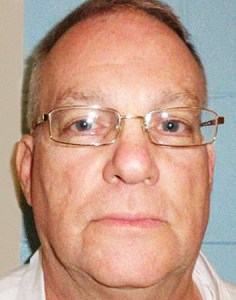 Julie Ann Bonds was 24 years old when her body was found in her Andalusia home on the morning of May 31, 1985. She died from an attack that left deep cuts to her skull and puncture wounds across the left side of her chest. The injuries stretched from her knees and hands to the top of her head.

During the investigation, investigators discovered two marks on Bonds’ upper arm thought to be bite marks possibly made by the killer.

Bonds’ husband, Charles McCrory, was convicted of the murder on testimony that included that from a bite mark expert, Dr. Richard Souviron. During the 1985 trial, Souviron testified that a bite mark on Bonds’ body matched her husband’s teeth.

After 35 years, Souviron recanted his testimony regarding the bite marks, leading McCrory’s lawyers to seek a new trial. So far, the request for a retrial has not been accepted, prompting a motion filed on March 1 to reconsider. If the judge does not respond, McCrory’s case would have to go to the Alabama Court of Criminal Appeals.

The Innocence Project, a group that works to exonerate those they believe were wrongfully convicted, has taken on McCrory’s case.

Bite mark evidence has come into question over the years. In 2009, the National Academy of Sciences issued a report that criticized utilizing bite marks as evidence. A study by the American Board of Forensic Odontology found that credentialed experts could not conclusively identify human bite marks, much less link them to individual suspects, said the Innocence Project’s Director of Strategic Litigation Chris Fabricant in an interview with AL.com.

Similar cases have been overturned in other states, but Fabricant said McCrory’s is the first he knows of in Alabama to challenge bite mark evidence.

McCrory has maintained his innocence throughout his incarceration and has twice refused plea deals, including one in 2021 that would have set him free with time served in exchange for a guilty plea.

The Innocence Project said other evidence points to the possibility of other suspects, including hairs found in Bonds’ hand that were determined to not belong to either her or McCrory. Additionally, a red bandana found at the crime scene was similar to one worn by Alton Ainsworth who was prosecuted and sentenced to 20 years for a home invasion and rape that occurred five weeks after Bonds’ murder. Ainsworth was working at a construction site next to Bonds’ home, according to the Innocence Project. The red bandana — along with other physical evidence — has since been destroyed, according to the Innocence Project.

The Covington County District Attorney’s Office said in a phone call Tuesday that they had no comment on the case at this time.

In what is described as a “rare occurrence” by the Innocence Project, the case was not prosecuted by the Covington County District Attorney’s Office. Private attorneys were hired by Bonds’ family to prosecute McCrory. According to the Innocence Project, the family hired the attorneys because “Bonds’ family believed the local county prosecutors were insufficiently invested in Mr. McCrory’s guilt. This is a rare occurrence but permitted under Alabama law.”