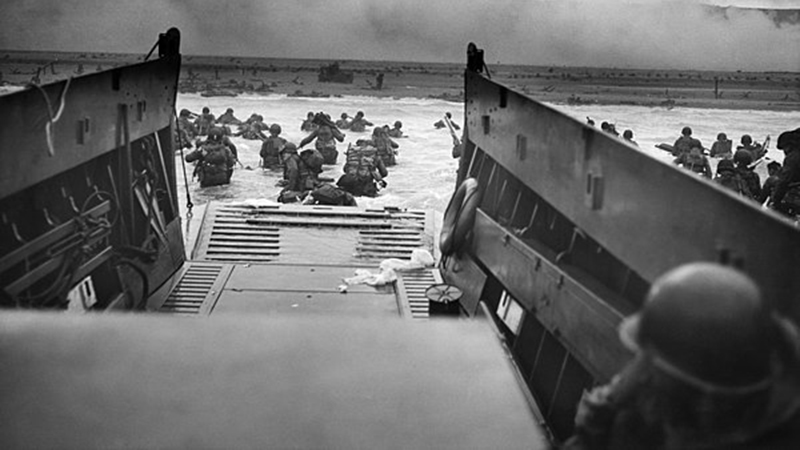 Our younger generation has not been taught what a momentous day that was, June 6, 1944. The United States had been at war for about three and a half years and Europe had been at war since September 1939. To say that the world was weary of war doesn’t begin to describe the plague that Nazism had brought upon Europe. The successful Allied invasion of Normandy would give the Allies a needed toe-hold to drive the Nazis back to Germany and to their ultimate defeat.

It has been estimated that more than 60 million people died during WW II. As horrendous as those figures are, the majority of those that died were civilians, not soldiers. With such a large number of deaths, one cannot fully comprehend that this plague was caused by evil men, not some deadly microbe. Scholars have asked the question, “How did it start? How did one mad-man’s deranged vision of history plunge the world into the most destructive war ever?”

We don’t propose to try to answer that question here – there are many hundreds of books that attempt to do that. The overriding concern of the author and many older Americans is that our nation no longer teaches its young people about the history of that conflict. With the advent of “Google and Wikipedia,” students can access answers about WW II. The problem is that we have made our students more “consumers of other people’s scholarship rather than curious learners of history.”

This past Memorial Day, we honored all those who died in the military service of our country. A week later we celebrated D-Day. Those special days are much more than long weekends and beach trips. That is not to knock those great American traditions, only to add that we should never lose sight of why those days are special.

June 6, 2022 marked the 78th anniversary of the successful invasion of Normandy and the beginning of the final defeat of Germany. At the end of the first day of the invasion, more than 4,400 Allied lives had been lost, of which 2501 were Americans; victory or defeat still hung in the balance. Isn’t that something worth remembering? Teach our young people why we celebrate D-Day, Memorial Day and all those other days we set aside to remember the cost of freedom – in American lives. If we don’t, then all those hundreds of thousands of heroes will have died in vain.