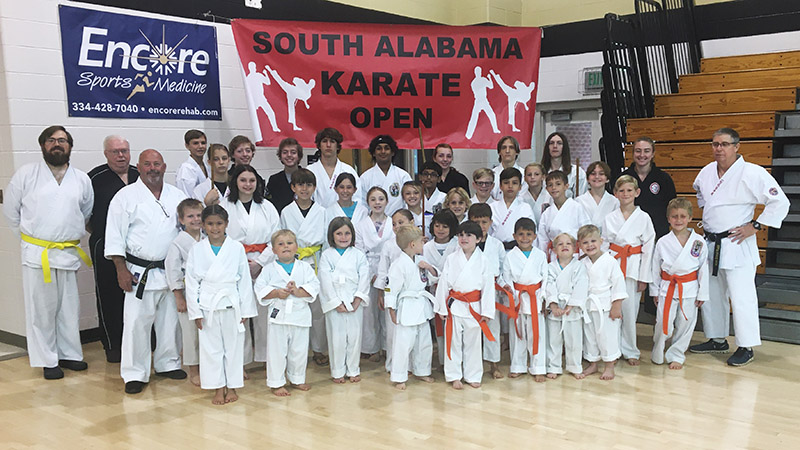 Competitors from 20 schools of martial arts over a six-state area gathered for the event and competed in over 80 divisions.

Black Belt Grand Champions for the day are as follows:

“The tournament was another great success with the strong, fair competition that is expected at this tournament. Close to 150 competitors and 250 spectators packed the gym for the all-day event. Local competitors fared well against the visiting teams, and most students competed in either two or three different divisions: weapons, kata, or fighting,” said Tournament Director Mark Rudd.

Instruction in Isshinryu Karate is offered year round at the Andalusia Isshinryu Studio on East Three Notch Street beside the USA Gym and Fitness Center. For information contact Mark Rudd at 334-488-3104.