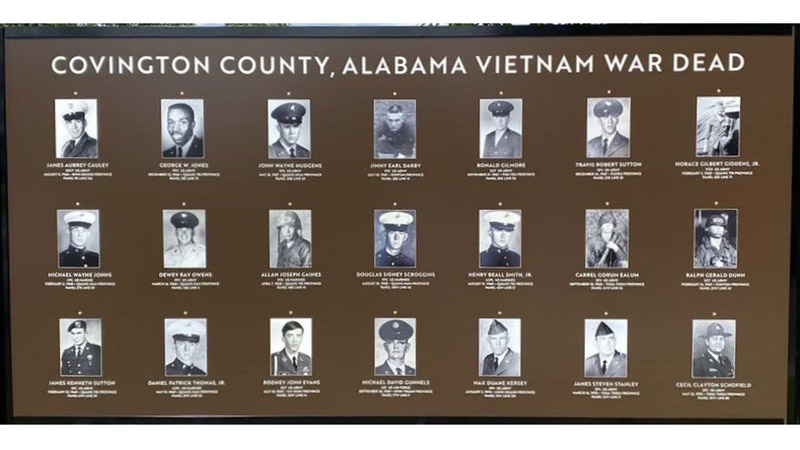 Covington Veterans Foundation in partnership with the City of Andalusia is proud to be hosting the Vietnam Traveling Memorial Wall this week, July 28-31. You may visit it anytime 24/7. Many relatives of those heroes listed on the Wall will be seeing their loved one’s name for the first time. The Wall is a memorial to be treated with the same respect as any other war memorial such as the Tomb of the Unknown Soldier.

On the Wall are listed more than 58,000 names of U.S. service members killed or missing in action, including 21 from Covington County or with close attachments to the county or who are buried here. The names are listed in chronological order by date of casualty. The names begin and end at the center of the memorial signifying a completion of the war. As you look upon a name on the Wall, you can see a reflection of yourself in the names on the Wall. This is to remind us of the connection of the living to those lost. 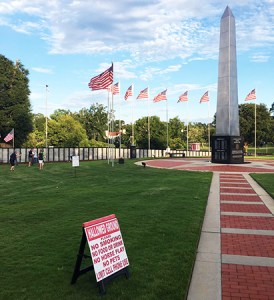 May we never forget those whose names are on the Wall. May we honor their supreme sacrifice and pray for those family members whose lives were forever changed.

The author would like to thank Robert Evers for compiling the lost of Covington County.