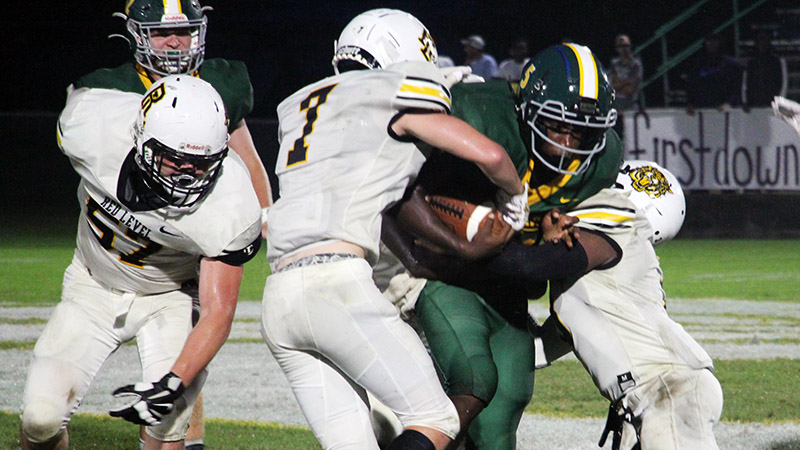 Floralas Rayshon Coleman takes on a few Red Level defenders. Coleman shined for the Wildcat offense, accounting for scores on the ground and through the air. (PHOTO BY ROBERT BLANKENSHIP)

Florala and Red Level met to open their regular season and battled in a close contest until the Wildcats pulled away late to score a 34-19 1A Region 2 win.

Florala struck first early in the first with a big strike from quarterback Rayshon Coleman to Zane Weeks for a 55-yard score. A 2-point conversion attempt failed as the Wildcats held a 6-0.

Red Level showed throughout the game they could make big plays, too. On their next possession, the Tigers drove to the Florala 36 where they faced a third-and-24. Quarterback Javen Pointdexter, who had a knack for getting out of trouble on multiple occasions in the game, managed to dodge several tackles before breaking into open field and into the end zone. Tony Veasey’s extra point was good, giving the Tigers a 7-6 edge at 5:43 in the first.

Both teams struggled with penalties throughout the night, and Florala capitalized on a pass interference against Red Level after a fourth-down play. With a new set of downs, the Wildcats struck fast when Coleman found Colby Strickland open in the back of the end zone. A 2-point conversion lifted the Wildcats to a 14-6 lead with 30 seconds to go in the first.

Red Level bounced right back early in the second when Poindexter once again found a hole in the Wildcat defense and outran everyone to the end zone. The extra point was no good, allowing Florala to maintain a 14-13 edge.

Before the half, Red Level struck again when Poindexter came through, this time through the air, hit Malikye Wright for a 48-yard touchdown. The Tigers went into halftime leading 19-14.

The second half belonged to Florala, taking the lead late in the third when Coleman, avoiding trouble in the backfield, scrambled to his left before finding Strickland once again for the 20-19 edge.

The final score came when Johan Zamora found running room for a 52-yard dash into the endzone with just over two minutes to go, leading to the final score of 34-19. 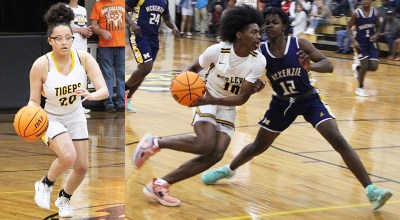 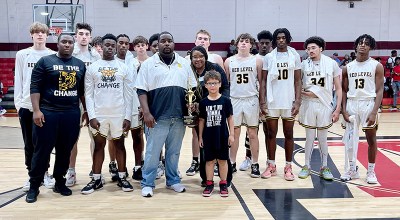 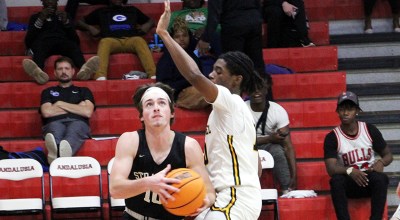