Andalusia Health CEO Brian Springate has announced he is resigning his position with the hospital after accepting a position in Kentucky. Rob Marshal, a former CEO with Scion Health, will be filling the vacancy as interim CEO. 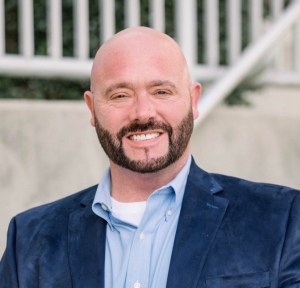 Springate joined the Andalusia hospital staff in June 2021, initially as the interim CEO, and officially took the leadership role later that year in September. During that time, he said the hospital and its staff have made progress.

“Coming in during the COVID period, especially early on, there were things we needed to deal with. While (COVID) is not entirely over, getting through that was a big accomplishment for the hospital,” he said.

“My goal was to help change the culture here. Honestly, I think we got a lot of that accomplished. This is not the same place it was even just one year ago. Employee morale is up and that has a lot to do with the pandemic. To be someone in the healthcare field during COVID was unbelievably taxing. We were seeing things daily that a small community hospital isn’t accustomed to seeing. Just the emotion that takes out of you is a lot. Helping to heal the people who work here, along with healing the community, is a great achievement.”

The hospital has also filled other key leadership positions during Springate’s tenure as some veteran employees retired or resigned, some of which was directly related to the stress of the pandemic, he said.

The changing in staff has resulted in some positive changes for the hospital.

“You have a long-term, dedicated group of staff that have endured through the COVID crisis. Like most hospitals, we lost some staff, but they dedicated themselves to the community and to the care of our patients. You also have a group of new staff members. The mixture of the veteran staff and those new employees has injected an excitement into the hospital that wasn’t here before,” he said.

“We have reached a personal level of care at this hospital. We also have most specialist … you don’t have to leave the area, you can get your care right here. This community has great doctors who are also great people, and that’s not always the case.”

Springate also praised Scion Health, who took over Andalusia Health earlier this year, citing its commitment to the local hospital, including “injecting hundreds of thousands in capital over the past 90 days.”

Springate will be moving to Hazard, Kentucky to a hospital affiliated with the Appalachian Regional Healthcare System. The area in eastern Kentucky was hit hard by floods this summer and Springate said he felt compelled to return to that area and help.

“It’s a system I’m familiar with, wonderful people. A lot of my job there will involve helping to repair and heal the community from the devastation that occurred during the flooding,” he said.

Filling in as interim CEO, Marshall is the former head of Bolivar Medical Center in Cleveland, Mississippi. He will join the staff at Andalusia Health on Sept. 12. Springate will remain at the hospital for a short time to assist Marshall with the transition.

“I appreciate the acceptance of me into this community and the support everyone has shown to me and my wife during our time here. If circumstances were different we would not be looking to transition. I’m going to a crisis because I was called to a crisis. That is something I’ve done throughout my career,” he said.

Although his time in Andalusia was short, Springate said the relationships he made will be long-lasting.

“We have lived all over. My career has taken me to nine different states. Andalusia is among the very nicest of the communities we have lived in. The people are genuinely nice. We have made the type of friends and colleagues here that if I need something I can call them. We found those bounds were built more easily here than other places,” he said.