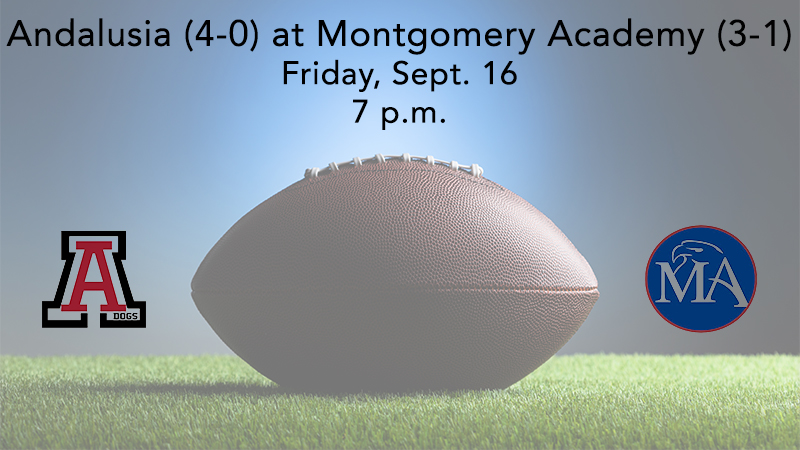 This will be the first-ever matchup between the Bulldogs and Eagles on the football field.

“Montgomery Academy has a really good football team and played for the state championship a year ago. Those guys know what it feels like to get there but came up a little bit short. They have a certain hunger that makes them want to get back. They are not only a well-coached football team but also have some of those intrinsic things to make them even tougher to deal with like playing at home. That will be quite a challenge for us,” said Head Coach Trent Taylor.

Taylor added that he was glad to have a successful homecoming against Bullock County.

“It was good to get all the festivities done without having to worry about all the distractions and the weather. I thought we did exactly what we needed to do on the field, and that was to take care of business. We need to play at a level we set for ourselves and not allow another team to dictate our level of enthusiasm. That’s two weeks in a row our guys have done that.”

Much like the previous week, some of the younger players were able to get some reps. “We were able to play some guys who come to work every day just like the starters do. They certainly deserve their opportunity, and we are going to have to count on these guys next year. Some may even have to be plugged in from an injury standpoint. This week will be a tougher one as we stay in region play and head up to Montgomery,” he said.