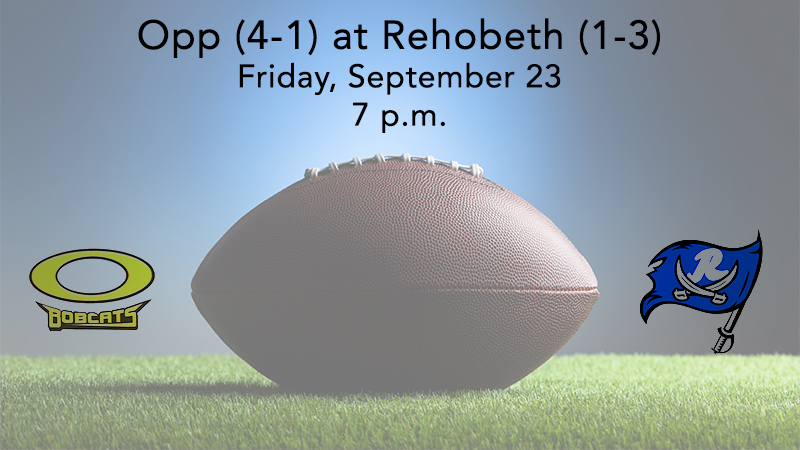 The teams will square off for the seventh time as the Bobcats have a 4-2 lead in the series against the Rebels.

“Rehobeth’s record is not an indicator of it, but they’re a really good football team. They’re 5A with really good players and are well-coached. They have played some good teams as well, so it will be a challenge for us. We knew when we agreed to the game that it would be and are trying to play better competition out of region. Hopefully, it will make us a better football team and a better football program,” said Head Coach Mike Dubose.

Dubose added that last week’s region win over Pike County was a good one.

“Pike County is a really good football team. They may be the best athletic team we’ve played, but I don’t think they’re as good as Andalusia. We played well defensively in a lot of areas and did some good things offensively. We didn’t protect the quarterback nearly as well and had to replace one of our starting offensive and defensive linemen. I was proud of the young man we threw into the fire, and he responded very well for us. Like Providence, we found a way to win there at the end, and for me, it was probably our most satisfying win in a long time.”

The Rebels won 34-13 in their previous encounter with the Bobcats in 2005. Opp held on for a region win last week at Pike County, 28-27, and Rehobeth dropped a non-region game in Enterprise, 50-6.