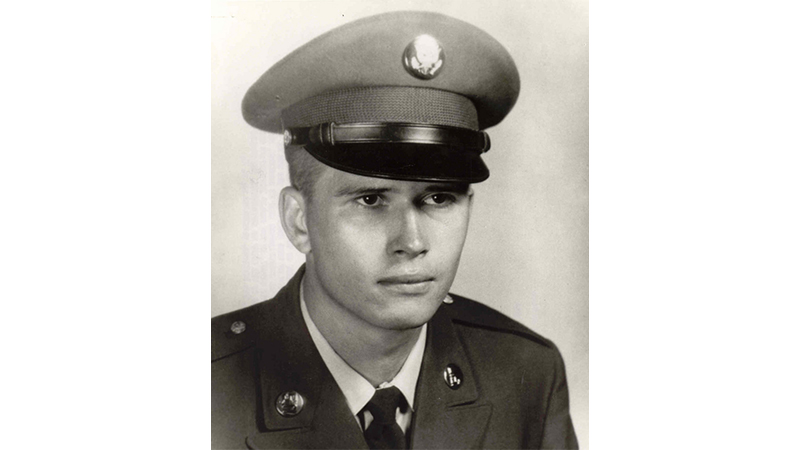 SP4 Don Michael’s squad had moved out ahead of his platoon, searching for signs of enemy activity. They had moved forward for about 125 meters when they located a single Viet Cong soldier. When the squad’s machine gunner fired on the lone enemy soldier, they came under withering automatic weapons fire from a concealed bunker on their right.

Don Leslie Michael was born on July 31, 1947, in Florence, Lauderdale County, Alabama. His parents were Roy Ottis and Vernacile Michael. Don was reared in Lexington, Alabama, and was the eldest of five children. He was a three-sport letterman in baseball, football and basketball at Lexington High School where he graduated in 1966. He enlisted in the Army in Montgomery, Alabama, a few months after graduation. 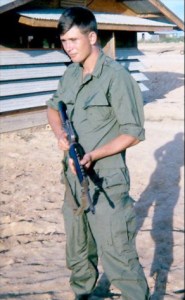 After basic training, Michael, was sent to Fort Campbell, Kentucky, for Airborne training. Michael was assigned to Company C, 4th Battalion, 503rd Infantry Regiment of the 173rd Airborne Brigade, and deployed to Vietnam in early 1967. Even though he was Airborne qualified, Michael was attached to the infantry in Vietnam.

Chuck Huller was a medic in Don Michael’s squad and recalled an attack by the NVA [North Vietnamese Army]. The squad had been pinned down for a while when everything became quiet. Michael calmly walked over to a NVA Sergeant hiding in a hole and yanked him out. Huller walked over to Michael and asked, “How did you know that guy ran out of bullets?” Michael replied, “Well, I guess if he stopped shooting, I figured he was out of bullets.”

Michael’s Company was involved in a search and destroy mission in Tay Ninh Province on April 8, 1967. In an area of suspected enemy activity, his platoon stopped for security while Michael’s squad was sent ahead for signs of the enemy. After the squad had advanced some 125 meters, they encountered a lone Viet Cong soldier. As soon as their machine gunner fired on the enemy soldier, the squad came under intense automatic weapons fire from a concealed bunker on their right. 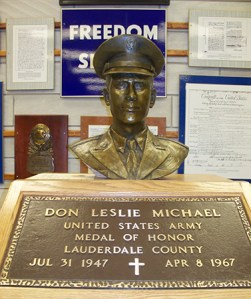 With artillery shells exploding all around him and enemy fire coming from the bunker, Michael moved towards the bunker for the third time. As he neared the bunker, he was attacked by a concealed NVA soldier. Michael dispatched the enemy soldier and proceeded to destroy the bunker with grenades that worked this time. As the surviving enemy soldiers fled, Michael took off after them.

With the bunker destroyed, the remainder of the squad moved forward, following Michael. They found him shortly, suffering from mortal wounds. He was carried away, some 300 meters, while the squad was still under fire. One of Michael’s friends, Henry Churchwell, helped carry him back to friendly lines. Don Michael and Henry Churchwell had met at Fort Campbell, Kentucky, and had become best friends. Churchwell, recalled, “Don will always be part of my life.”

Army Specialist Four Don Leslie Michael was buried at Mount Pleasant Baptist Church Cemetery, Lexington, Alabama in 1967. He was posthumously awarded the Medal of Honor for his heroic actions on April 8,1967. President Richard M. Nixon presented the Medal of Honor to Michael’s family at a ceremony in the White House on June 23, 1969.

Michael was inducted into the Alabama Military Hall of Fame at Marion Military Institute in October 2000. In 2008, a bronze bust, along with the Medal of Honor citation of SP4 Don Michael, was placed in the Veterans Memorial Park in Florence, Alabama.