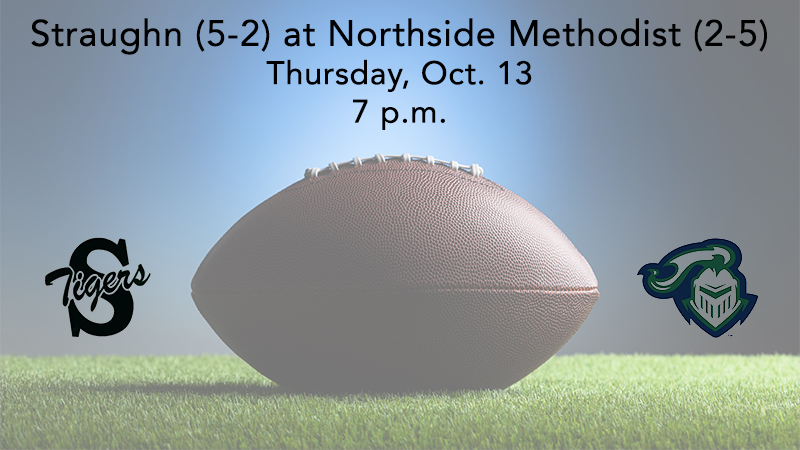 This game will be the first-ever matchup between the Tigers and Knights in football.

“Northside Methodist is much better than their record indicates. It is a Thursday night game in Dothan, so we will need to have a great week of preparation. We cannot look ahead because this team is dangerous,” said Head Coach Ashley Kilcrease.

He added that it would not be any different preparing for an opponent Straughn has not faced before. “We will have to execute the same way. I do feel like our guys will be excited to play at a great venue like Rip Hewes Stadium.”

According to Kilcrease, the Tigers came out flat early in their final regular season home game against New Brockton last week but were able to recover.

“We were playing without our starting center Ridge Wilson and were really proud of Jesse Ellisor. He stepped in and came over from tackle and played really well. I thought we played a lot better on defense. That was the focus from last week, and we responded well,” he said.

Straughn had a successful senior night with a 56-7 win over New Brockton last time out. Northside Methodist fell for the fifth straight game against Houston Academy, 52-0.