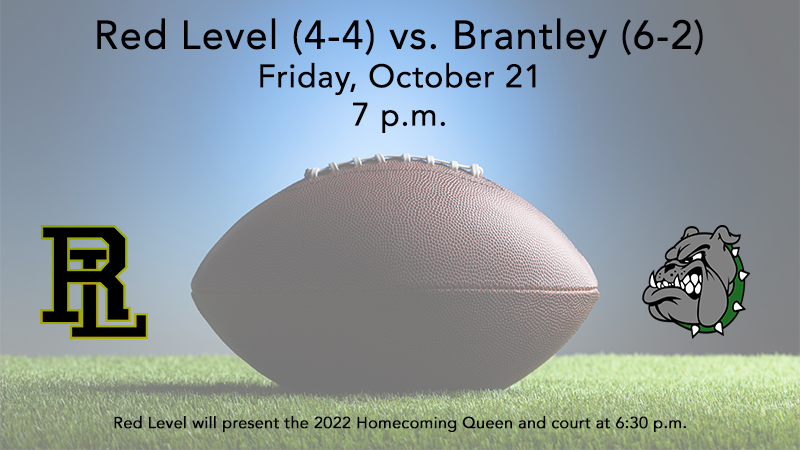 The 2022 Homecoming Queen and court will be presented prior to the game at 6:30 p.m.

This matchup will be the 58th all-time between the two teams with the Bulldogs leading the series 43-14 over the Tigers.

“Brantley is going to be well-coached and very athletic. It seems like they have a good football year every year, and it will be a tough game for us. If we can handle the distractions of homecoming and keep our focus on practice this week and the game itself, I expect nothing less than a good football game Friday night,” said Head Coach Kenny Skipper.

History repeated a week ago when Red Level beat Georgiana for the second straight year.

“That’s two years in a row for us at Georgiana. We played about as complete of a football game as we’ve played in a long time around here. We played well on special teams, the defense was lights out, and the offense moved the ball most of the night. We had a lot of guys step up and play really well. It was just an overall good team win and a very big win for our program,” he said.