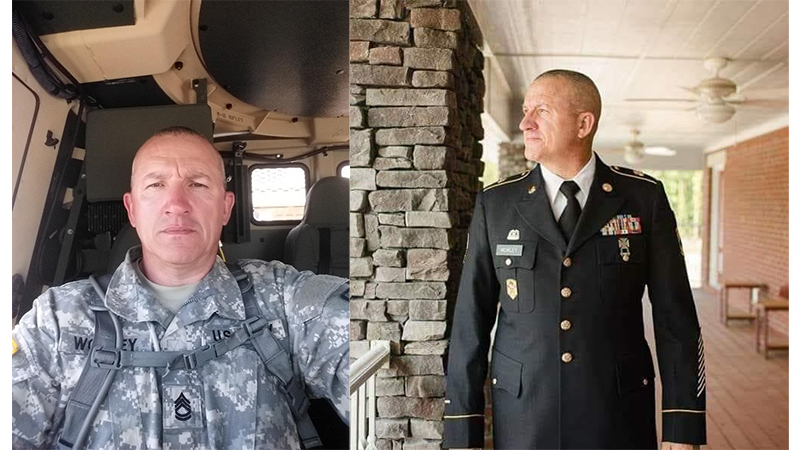 Master Sergeant Timothy L. Worley was a member of the Alabama National Guard, 158th Maintenance Company out of Tallassee, Alabama, that landed at Camp Buehring, Kuwait, in November 2008. His unit was stationed in Kuwait for two weeks before being sent to Iraq. Many National Guard and Reservist units found themselves activated for the wars in Iraq and Afghanistan. Through 2021, the National Guard and Reserve forces lost nearly 850 personnel.

Timothy Lamar Worley was born August 27, 1968, in Opp, Covington County, Alabama, although his family lived in Andalusia. His parents were James and Martha Warthen Worley. Tim attended Church Street Elementary School and Andalusia Middle School before his family moved to the Harmony Community. Tim attended Straughn High School where he graduated in 1988. Between his junior and senior year of high school Tim joined the Alabama National Guard and completed basic training at Fort McClellan, Alabama. After graduation, he was sent to Fort Sill, Oklahoma, for Advanced Individual Training.

MSG. Worley has remained in the National Guard for 34 years while working at several jobs, including 10 years at Shaw Industries and 16 years at Hyundai Motor Company in Montgomery, Alabama. While still employed at Hyundai, Worley is currently on active duty working at the Joint Task Force Headquarters, Alabama National Guard in Montgomery, Alabama. 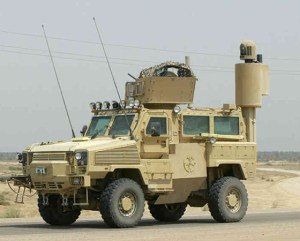 Convoys used an upgraded system of security and tracking called BFT [Blue Force Trackers]. All vehicles in a convoy were connected to the battalion headquarters by a system of computers and software. The GPS-enabled system allowed real-time command and control, including mapping software, location displays and the ability to send and receive orders. On the visual displays, friendly forces are blue and the enemy forces are red.

Worley’s recovery team was housed in a building much like a fireman’s ready room. They slept on cots, lined up in a row, with their equipment set up for a quick exit. He recalled, “We were on duty for 24 hours then off for 24 hours. When the radio came on with ‘nine line,’ we got our gear together, had a quick prayer and were on our way.” Worley was Assistant Convoy Commander. He gave the order of events for a mission, “Every time we were called out for a mission, we would grab our gear that was staged…head to the vehicles and conduct ‘comm checks’ [communication checks] with battalion headquarters and proceed to the test fire range…After firing our weapons, we would proceed to Battalion Headquarters for a mission brief.” Worley recalled that an important part of each mission was the prayer before leaving, “After the mission brief, we gathered with the KBR team and had a prayer.” 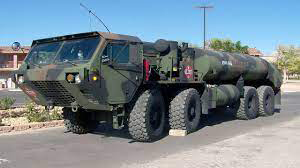 The recovery teams operated along the main supply route MSR [main supply route] Tampa, in the Northern Province of Iraq. Most of the recovered vehicles had been disabled by IEDs [improvised explosive devices] or EFPs [explosively formed penetrators]. The EFPs were introduced by the insurgents after the Allied forces began using the more heavily armored MRAPs. During the time period from 2005-2011, a total of 1,526 EFPs killed 196 U.S troops and wounded more than 860.

MSG. Worley completed 65 missions in a little more than nine months. He recalled, “Each time we traveled ‘outside the wire,’ was a very stressful time. I feel that praying before every mission had everything to do with our success.” He recalled one memorable mission, “We were coming back from a mission just outside of Mosul. We were in radio silence when, from out of nowhere, the commander of one of two Blackhawk helicopters flying nearby called down to us. He had identified us and asked for our destination. We told him Q-West [Qayyarah] and they offered to escort us back to base. That was pretty awesome!”

Another highlight of Worley’s deployment to Iraq happened a little more than two months before he left the country. “We were observing a change of command ceremony for the 16th Sustainment Brigade. We were not involved but were called into formation and introduced to the new commander of Q-West, Colonel Larry Phelps. Little did we know but Col. Phelps was from Auburn, Alabama, and he wanted to personally award us the 15th Sustainment Brigade’s Combat Patch.”

MSG. Worley’s unit returned to Camp Atterbury, Indiana, in late 2009 and he was discharged from active duty on November 12. On February 16, 2010, he was placed back on active duty and sent to Camp Shelby, Mississippi, and assigned to the HQ 177th Armored Brigade FC. They were part of the 1st Army Division.  Worley was part of the Operation Warrior Trainer [OWT] program which provided training for troops that were being sent to Iraq. The training emphasized the most current tactics and scenarios that would ensure a successful deployment.

Most recently, MSG. Worley was deployed on active duty to the southern U.S. border from July 2020 through July 2021. He served as platoon sergeant to 67 service members in the Del Rio sector in Eagle Pass, Texas, Carrizo Springs, Texas, and Uvalde, Texas.

MSG. Worley is currently working with the Joint Task Force Headquarters, Alabama National Guard, in Montgomery, Alabama. He is the Yellow Ribbon Program Manager, coordinating all events for units getting ready to deploy. He coordinates all Yellow Ribbon events, helping with pre-deployment problems as well as providing resources during deployment. Many of the post-deployment events are held at places such as the Gulf State Park, where families can get together and relax after a deployment. MSG. Worley’s home National Guard unit is the 31st Chemical Brigade, based in Northport, Alabama. MSG. Worley and his family currently reside in Andalusia, Alabama.

The author thanks Master Sergeant Worley for helping tell his story.