*This story was updated at 2:23 p.m. Wednesday, Nov. 9, with comments from Matthew Hammett. 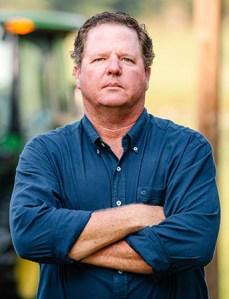 Hammett will serve his first term in the Alabama House of Representatives. The seat became open when the previous representative for the district, Mike Jones, announced he would seek the Alabama Senate seat previously held by Jimmy Holley.

“It’s been a long 15 months and we are glad this part is behind us so we can get to Montgomery and get some things done. I have to thank all the voters first for going out and supporting me. I have a lot of friends and family who helped: my wife, Selena; my father, Richard; and my pastor John Island was a great help. I also could not have done this without my friend, Jason Bryan, who helped me throughout the campaign,” Hammett said.

The new representative said he plans to tackle those issues he discussed on the campaign trail, with a high priority on developing Alabama’s workforce.

“Being a small business owner, the biggest problem we have is our labor force. I believe this can be corrected through education, career tech centers, and dual enrollment programs. These kids who aren’t going to four-year colleges, let’s get them moving toward a trade before they leave high school so they have a head start toward making a good living.

Hammett said he, along with LBW Community College President Dr. Brock Kelley, has already discussed with other state and education officials about the possibility of funding a career tech center on the college’s campus. “That’s what we want to do and what we are working toward,” he said.

Hammett said he intends to be transparent with his constituents and that he welcomes questions and feedback.

Voters also approved Local Amendment 1, which will allow municipalities within Covington County to establish whether golf carts will be allowed on certain streets and public roads. If allowed, golf carts on public streets would have to meet certain state standards, including operators having a valid driver’s license and liability insurance.

Constitution Amendment 1, commonly known as Aniah’s Law, also passed. The amendment allows judges to deny bond to those who are charged with committing violent crimes. The amendment was named for Aniah Blanchard, a Homewood native who was kidnapped and killed about three years by a suspect who had been released on bond from a previous kidnapping charge. The amendment passed with over 80 percent of the statewide vote.

Voters also passed a new state Constitution of 2022, which will allow for the reorganization of local amendments as well as removing racist language present in the previous document.