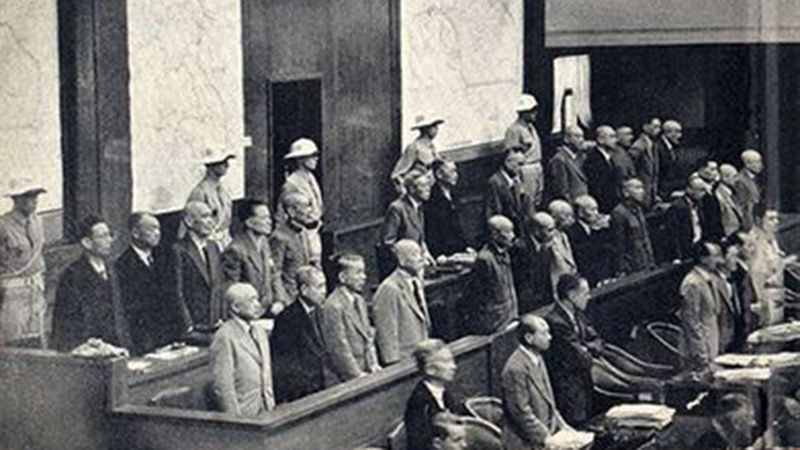 Lt. Col. Allan Murray Cory had survived The Bataan Death March and two Japanese prison camps when he was taken to Japan. On November 7, 1942, Cory was among the 1,500 American POWs who were put aboard the Hell ship, Nagata Maru, at Manila, Philippines, for transfer to Japan. They arrived at Osaka on November 25, and were transferred to the Mitsushima prison camp the next day. That camp was one of the most brutal in Japan. 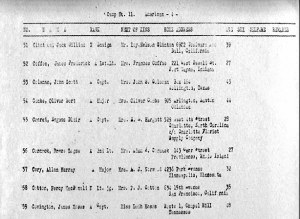 On July 28, 1943, Cory was transferred to Zentsuji prison camp near Osaka. Lt. Col. Cory was the ranking officer at the camp. He was later transferred to Rokuroshi prison camp on June 23, 1945, and would remain there until he was liberated on September 7, 1945. He was 32 years old at the time.

After returning to the States, Lt. Col. Allan M. Cory married Martha Virginia Baker on August 13, 1946, in Dothan, Alabama. Miss Baker was the daughter of Dr. and Mrs. S. M. Baker of Dothan, Alabama. Dr. Baker performed the ceremony at Foster Street Methodist Church, where he was the pastor. Of special note, Dr. Baker was the pastor at First Methodist Church in Andalusia, Alabama, from 1947-1953.

After a brief trip to California, Lt. Col. Cory was recalled to Japan to give testimony at the War Crimes Tribunal at Yokohama, Japan. Cory testified at the trial of Tatsuo Tsuchiya [known by the prisoners as “Little Glass Eye”].

Tatsuo Tsuchiya was a small, one-eyed Japanese prison guard who was charged with the beating death of an American prisoner of war, PFC Robert Teas of Streator, Illinois. Teas was a survivor of the Bataan Death March and was imprisoned at the notorious Mitsushima prison camp. Tsuchiya was the first of more than 300 “minor” war criminals to be tried before the war crimes tribunal.

Royal Air Force [RAF[ Squadron Leader David Grant gave a deposition at the trial. He was the senior RAF officer at the camp. In the deposition, he said, “I discussed the matter with senior American officer, Major Allan M. Cory. We concluded that the Teas story was true.”

In another deposition, PFC Charles B. Gavord of Deming, New Mexico, testified, “Little Glass Eye took Teas into the open yard, threw water on him [the temperatures were very cold in March] and beat him with hardwood canes shaped like swords.”

First Sgt. Clifton O. Snodgrass testified in another deposition, “They took a rope about an inch thick, which they doubled several times, and beat Teas around the face and head…each time Teas fell down, they made him get up again. When he was too weak to stand up, they picked him up and continued beating him for up to 30 minutes.” Teas died on March 5, 1943.

Tatsuo Tsuchiya, or Little Glass Eye, was convicted of the beating death of PFC Teas and sentenced to life imprisonment. He was acquitted of charges related to beating Lt. Col. Allan M. Murray and stealing Red Cross supplies.

At the War Crimes Tribunal in Yokohama, nine guards from that camp were sentenced to death and executed. Cory’s testimony at the trial was instrumental in the prosecution of several of the war criminals.

Roger Mansell of Palo Alto, California, founded the Center for Research, Allied POWs Under the Japanese. His years of research are recorded in files that may be searched online. Anyone doing research on POWs held by the Japanese during WW II owes Mr. Mansell a debt of gratitude. He died at Palo Alto in 2010].

Cory kept a diary during his imprisonment and its contents were also used at the war crimes trials. The diary’s existence or location is unknown at this time.