Christmas on Guadalcanal 80 years ago 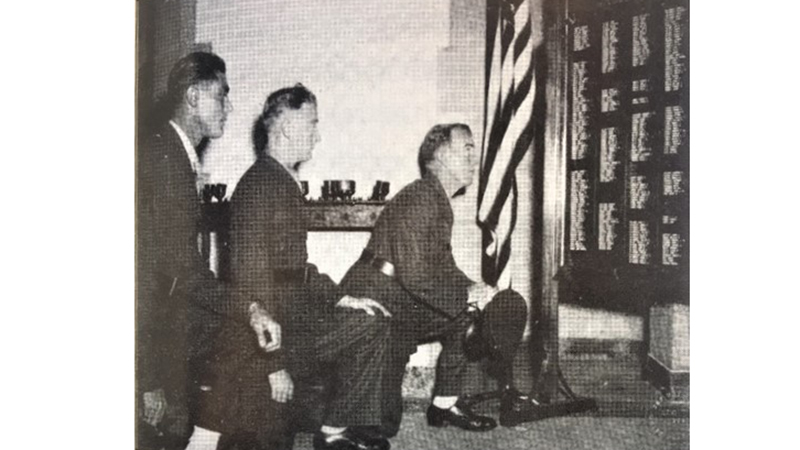 Some 80 years ago, the Battle for Guadalcanal was still in question. The United States had launched “Operation Watchtower” [the invasion of Japanese-held Guadalcanal] on August 7, 1942. The assault by the 1st Marine Division was the first major amphibious landing of WWII. The major objective was to seize the partially completed airfield on the island, denying the Japanese a strategic base from which it could cut vital supply routes to Australia and New Zealand. 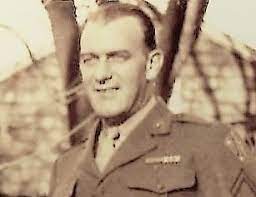 Before the island could be secured some six months later on February 23, 1943, there were seven major naval battles and almost continuous air combat over the area. Because the Navy had lost so many ships and men, they had pulled out from Guadalcanal after only two-thirds of the Marine assault force had landed. Those Marines were left without adequate supplies and ammunition, yet they still managed to quickly take the airfield. It was renamed Henderson Field, after Loy Henderson, a naval aviator killed at the Battle of Midway. Throughout the next six months, the Japanese constantly bombarded the U.S. troops on the island and sent many troop ships to re-enforce their defenders. The Navy managed to intercept most of the Japanese transports, preventing a major Japanese counter-attack to retake the island.

On Christmas Eve, the U.S. launched an air attack on the Japanese airbase on Munda, located on New Georgia Island. That attack allowed U.S. supply ships to safely return to Guadalcanal with ammunition and supplies which included turkeys and other special foods for Christmas dinner. For the embattled Marines on Guadalcanal, the Christmas of 1942 was one they would never forget.

One of those Marines was PFC Joseph V. Maloney. He was born in 1914, the son of Irish immigrants, in Rye, New York. After enlisting in the Marine Corps, he served as a rifleman with Company A, 1st Special Weapons Battalion, 5th Marine Regiment, 1st Marine Division. Maloney and the 1st Marine Division assaulted Guadalcanal in August 1942.

Many years later, his son, Joseph V. Maloney III, received a shoebox containing letters from his dad that were written during the war. The letters were given to him by an uncle after his dad’s death. Among those letters, was one written on December 26, 1942.

“December 26, 1942. Well, Christmas has come and gone and I can’t really say that this was just another year and another Christmas. This is one I won’t likely forget for the rest of my life…I went to confession and midnight mass on Christmas Eve. The Chaplain’s tent was not as elaborate as the church back home but its simplicity lent to a peaceful atmosphere. Overhead in the tent were small electric Christmas lights with tinsel and roping around the Crossbeams. There were a great deal of men who couldn’t get inside the tent. Throughout this overflow, men held candles here and there during mass. It was a very impressive sight when you consider the circumstances. There was even a choir that sang Christmas songs during the mass.”

PFC Joseph V. Maloney survived Guadalcanal and he, along with the rest of the 1st Marine Division, were evacuated to Australia. The division had been so decimated that it took a full year to recover.

On Christmas day, 1943, Maloney and the 1st Marine Division assaulted Cape Gloucester in New Britain. During the four-month battle, it rained constantly. The Marines had to fight the Japanese, as well as many tropical diseases, with casualties about equal from both.

PFC Joseph V. Maloney rotated home in November 1944. He married Mabel Gorkey. They had one son, Joseph V. Maloney III, in February 1948. The family resided in Maloney’s hometown of Rye, New York. He worked for the New York Telephone Company and with the Rye Fire Department where he was a Captain.

Joseph V. Maloney died in 1954 at the age of 39. Like so many of his fellow Marines, he suffered from the ravages of the tropical diseases and never fully recovered. His son, Joseph V. Maloney III, was five years old and only had hazy memories of his father. What a gift when that shoebox arrived many years later.

Author’s note: Christmas away from home is never easy for the men and women serving in our armed forces. Celebrating Christmas during WW II was always very special for the soldiers and sailors who were caught up in a deadly struggle, thousands of miles from home. Their memories from Christmases past provided a precious link back to home to family and friends. As we celebrate Christmas, may we remember and honor those brave souls who fought that we might enjoy our Christmas in peace.