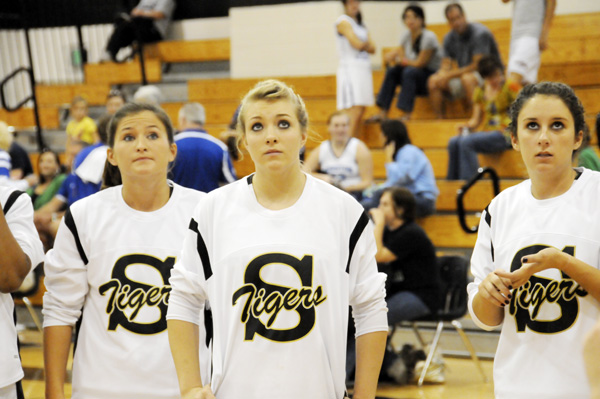 Straughn seniors Katy Messick, Seirra Danford and Tiffany Taylor all want one thing this basketball season — to get better.

On the season overall, each said they would like the team to keep building from each practice and game they play.

“We just want to get better and improve,” Danford said.

This season, the Lady Tigers are in the same area as rival Andalusia in Class 4A, Area 3. Headland and Ashford are also in the area as well.

A big goal for the team this year is to be able to get over the “hump” and make it past the area tournament, the seniors said.

“It’s going to be tough, but I think if we keep working like we do, then we’ll be fine,” Taylor said about the area play.

Taylor said the keys to success this season lie in the fundamentals of the game.

“We need to play good defense and work hard,” she said.

After the Thanksgiving tournament, the Lady Tigers’ next contest will be against Pleasant Home.

After December, Straughn will begin its area play in January.

Taylor added that the team will continue to work hard this season.

“People don’t expect much, but we hope to improve on our own,” Taylor said. “I think we will.”

SHS girls step up in 2nd half in win

The Straughn Lady Tigers stepped it up a notch in the second half on their way to a 52-37 victory... read more