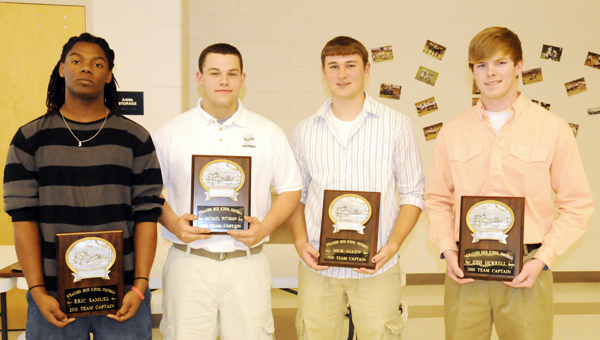 The football program recognized players from the varsity team, players from each grade, the varsity cheerleaders, team managers, Gridiron Girls and the many supporters of the school’s successful program.

Additionally, special awards were given to athletes on and off the field during the football season.

Straughn finished its first season in Class 4A in the second round of the playoffs, where it lost to state champion Thomasville. 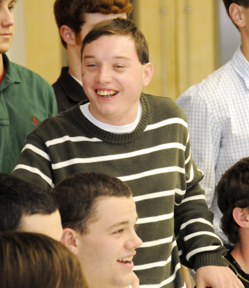 The Tigers run to the second round of the playoffs included a 36-32 come-from-behind victory over Class 4A powerhouse UMS-Wright in the first round. Straughn trailed 32-20 before scoring 16 unanswered points against the Bulldogs for the win.

Straughn will lose 21 seniors to graduation this year, and will have nine on the team this fall.

“When you spend as much time with a particular group, you become fond with them,” Taylor said. “These guys are going to be hard to replace.”

In addition to the many awards given at the banquet, Straughn senior Cory McVay was given a special award for his efforts on the team.

The special awards were given to the athletes for having the highest grade point average, the Kevin Hutto Extra Effort Award, the team captains and the annual Craig Franklin Leadership Award. 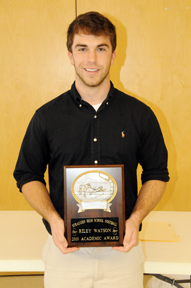 The recipients of the special awards are as follows: 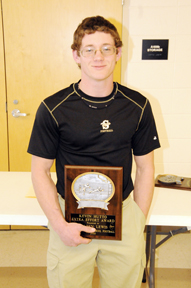