Bracewell reflects on sport she loves 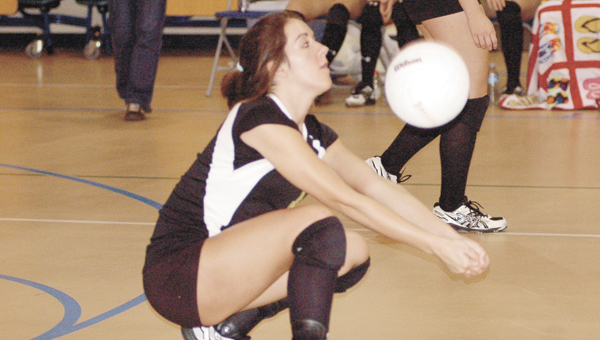 Six years ago Straughn senior Tori Bracewell, then a seventh grader, knew that volleyball was her sport.

Bracewell made it clear Feb. 8, when she signed a scholarship to play the sport she loves at Jefferson Davis Community College in Brewton.

Bracewell was offered a scholarship to play at the University of Mobile, where her brother Justin played baseball. She said JDCC felt like “home” to her.

“When I walked into Jeff Davis, I felt at home and felt very comfortable there with the coaches as well as some of the players,” she said.

It was hard for Bracewell to put into words how much her brother has influenced her in life as well as in sports.

“He works really hard,” she said.

While volleyball is her chosen sport, Bracewell is a member of Straughn’s varsity softball team.

She will try and help lead her team to another run at the state tournament.

Last season at the state tournament, Bracewell hit a grand slam home run in the bottom of the second inning to help lead her team to a first round 10-0 win over Leeds.

“I’ve always loved softball, but when I started playing volleyball, I decided that this is what I wanted to do,” Bracewell said.

When asked what is the most important thing she learned while playing volleyball at SHS, Bracewell said three things.

“To work hard, to be a great teammate and pick people up,” she said.

Bracewell is the daughter of Victor and Margo Bracewell of Andalusia.