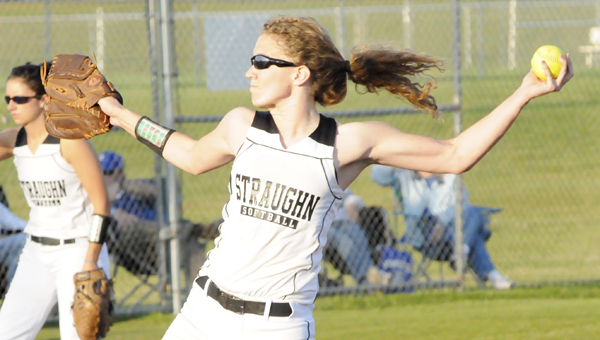 It was a good old fashioned pitchers duel between Straughn and Ashford Tuesday night, and the Lady Tigers came out with a 1-0, eighth inning victory in area action.

Straughn’s Paige Caraway struck out eight and allowed four hits to help lead the Lady Tigers in the win.

“It was a pitching duel,” SHS head softball coach Ray Wilson said. “We had some defensive plays that were made.

“It was very much like our game (Monday) against Luverne,” he said about his team’s 2-0 win. “We had some opportunities, and we holding them. Both pitchers did a very good job.”

Straughn’s only run came in the bottom of the eight when Tori Bracewell hit an RBI single to score Katy Messick, who reached on a single.

Straughn will play host to Andalusia tonight in a Relay For Life cancer awareness game.