Rolling to the semifinals 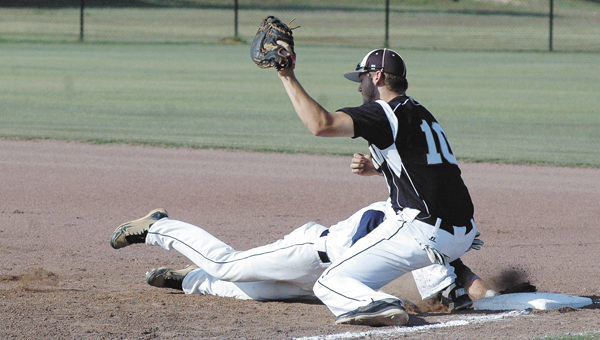 Straughn’s Cody Hughes was one of two players that had three RBIs in today's third round, third-game win over Oak Grove. | Andrew Garner/Star-News

BESSEMER — Straughn’s Nick Allen and Cody Hughes had three RBIs each, and the Tigers scored six runs in the fourth inning to walk away with a 12-8 third-game victory over Oak Grove today in the third round of the Class 4A state playoffs.

Allen was a perfect 4-for-4 from the plate, and Hughes added two hits to lead Straughn.

Straughn trailed 3-2 in the third inning, tied the game at three runs apiece before added the six runs in the fourth inning to go up 9-3.

However, Straughn put the game out of reach in the fifth with three runs of its own.

Hughes earned the win on the mound, and Allen got the save for Straughn.

With this victory, Straughn improves to 31-9, and will travel to play UMS-Wright next Friday in the semifinals.

Complete coverage of today’s game will be in the Tues., May 10 edition of the Star-News.

Straughn’s Cody Hughes tries for a tag out at first base during the second round series against Headland on Monday.... read more