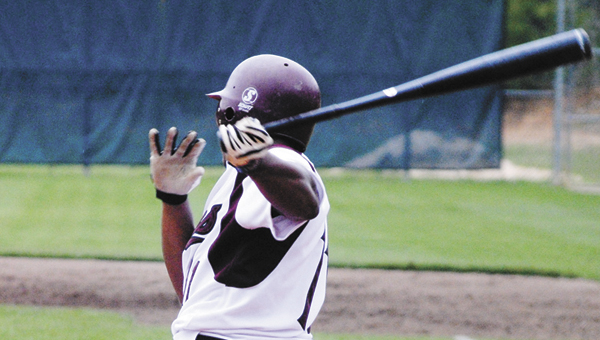 He’s only played baseball for three years, and after a successful tryout for the Texas Rangers, Jeremy Williams is doing what many dream their entire lives to do. He’s going pro.

Williams, a former LBWCC Saints outfielder and Bellwood native, was drafted by the Texas Rangers in the 36th round of the MLB draft on Wednesday, and said he couldn’t have been more excited to have the opportunity to live out his dream.

“Just playing baseball for three years, and then you get drafted to do something some people have been playing for their whole lives is special,” Williams said. “When the Texas Rangers called me and asked me if I wanted to go ahead and enter the draft, I said ‘yes,’ and then they said, ‘well, we’re fixing to go ahead and draft you.’

“That was exciting,” he said.

Williams just wrapped up his third year on the diamond playing for the University of Mobile. He played his first two years for the Saints baseball team.

The former Geneva County High School player is expected to sign next week and then begin his career in Rookie ball with the Rangers’ Arizona League team in the coming weeks.

Saints head coach Steve Helms said Williams is “well-deserving” of his chance to play in the MLB.

“I’m so proud of him. I thought he would be drafted out of here out of his sophomore year,” Helms said. “He went to a Rangers tryout and he put them on a show,” he said. “He’ll be successful in pro ball.”

In his junior season, and first at Mobile, Williams drove in 38 runs on 81 hits and had a .429 batting average. His slugging percentage was .587, and only struck out 15 times to earn a spot as an All-American in the NAIA conference.

On the field, Williams had 106 put outs, and his fielding percentage was .973.

Williams credited his success to “a lot of hard work after the fact.”

“Even after practice, I was still working hard,” Williams said. “I’d work during the late hours when I got done. It took a lot of determination to get it done.”

Williams said any sort of deal or offers haven’t taken place between him and the Rangers.

He did say that the Rangers guaranteed to pay for the rest of his schooling, worth about $30,000-$35,000, a signing bonus and a monthly payment.

Next week, Williams will begin training for the big leagues, and said he credits the Helms’ “tough” program at LBWCC for giving him this opportunity.

“What helped at LBW was going through mental toughness,” he said. “When I first got there, they let you know that whatever trials or tribulations you had coming at you that you can overcome them and become a winner.

“That’s what I think led me to get drafted by the Texas Rangers,” he said.

Helms said once Williams started to think about the game, he became an excellent baseball player.

“We put them through a six-week program with a miltary-type environment,” Helms said about the mental toughness program. “We make them fight through it, and learn to deal with adversity. He was one that once he learned to use his mind, he became better and better.

“I’m just proud of him,” he said. “He’s a great man. He’s well deserving of the opportunity. He’ll represent LBW in a first-class manner in pro ball.”