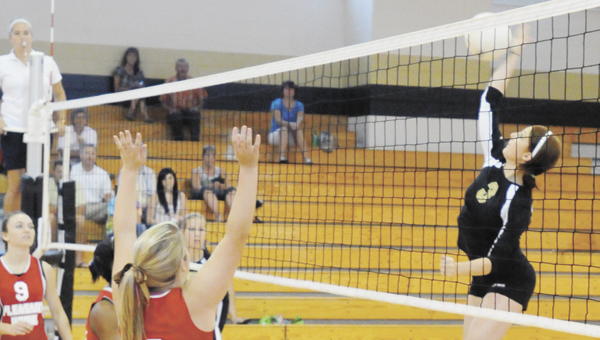 Like most volleyball teams, Straughn head volleyball coach Marc Tracy said his varsity squad is ready to get the season started.

“We’ve been working really hard this summer with work outs and weight lifting and agility work,” Tracy said. “The kids are getting kind of anxious. They’re ready to start rolling.”

The Lady Tigers will welcome back 12 players on the varsity squad this season.

The three seniors on the team are Megan Johns, Laura Stephens and Diamond Sasser.

Given the small number of seniors on the team, Straughn will be sophomore-heavy this year and will have four juniors.

Tracy enters his first year as the head volleyball coach for the Lady Tigers. He replaces Lori Kinsaul, the former head coach.

Tracy said he has “high expectations” for the team this season.

“Coach Kinsaul did such a great job with these kids that we should be able to be very successful this year,” he said. “We’ve been a very successful program since volleyball started here. We’ve been a playoff contender each year since the beginning, and I don’t see any real reason why we should not contend to make the playoffs.”

Last season, Straughn ended its season at the Class 4A, Area 3 tournament in Andalusia. This season, the Lady Tigers will be in the same area with rival Andalusia, Ashford and Headland.

“It was a very big disappointment going out in the area tournament last year,” Tracy said. “We lost to a team (Ashford) that we defeated twice in the actual regular season. Each time we played, we got a little closer and it wasn’t quite as difficult.

“On the third time (at the area tournament), they got over that hump,” he said. “I feel like it was a very big disappointment for our team.”

Every area match this season will be in a tri-match format to cut down on travel costs for each team.

Tracy said having the matches in this format is a good thing because it helps the girls prepare for the post season.

“Having to play the tri-matches, it is difficult,” he said. “You’ve got to be on top of your game. You have two huge matches one day, but at the same time if you get to the regional or further, you have to play that many (matches) or more. It prepares you to be at that level of play.”

7-on-7 at Straughn is Thursday

Teams from Andalusia, Straughn, Flomaton and Pleasant Home will compete in this year’s 7-on-7 tournament at SHS. | File photo... read more