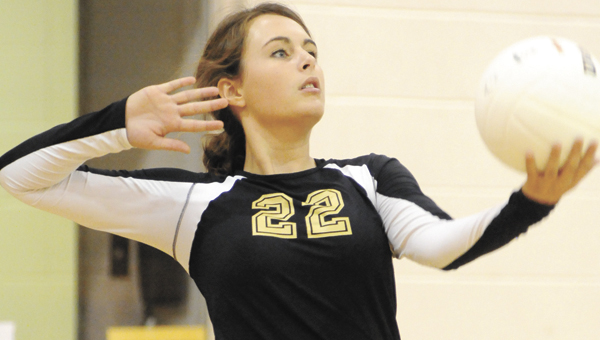 Straughn’s varsity volleyball squad remains undefeated after an area tri-match sweep of Ashford and Headland on Tuesday in Ashford.

“I thought we played really well,” SHS volleyball coach Marc Tracy said. “By the time we played Headland, we were a little tired. We didn’t get a break in between the games. I was proud of them.”

Hammett had 23 service points, seven aces and 10 assists; Johns had 13 service points and eight kills; and Chelsea Powell had seven kills against Headland.

Straughn will play host to Opp today in regular season action. The junior varsity squad will begin at 4 p.m.

Andalusia is No. 7 in 1st poll

Andalusia stayed at No. 7 in Class 4A in the Alabama Sports Writer’s Association first season poll that was released today.... read more