Douglas: ‘I thought they did a good job’ 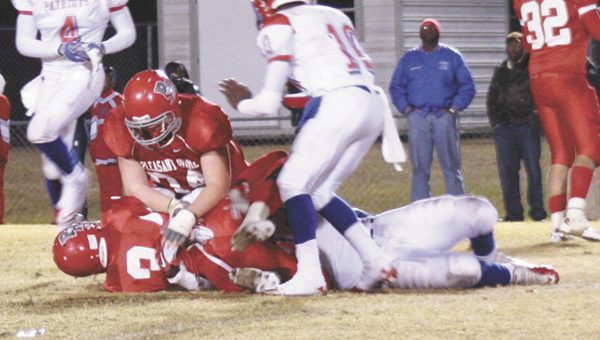 Pleasant Home finished 8-4 on the season this year. The Eagles made history, advancing to the second round of the Class 1A state playoffs. | Michele Gerlach/Star-News

Pleasant Home head football coach Ronnie Douglas arrived on campus at PHS in July, and didn’t have a clue that his Eagles football team would be making school history this season.

“Coming into the year, we really weren’t sure what to expect,” Douglas said. “We started practice on Aug. 1, and had a short time for them to get used to me and I to get used to them. I think from the get-go, they seemed like they were going to work for us (coaches) and do what we asked them to do.”

The players were very “responsive” from the start of the season, and that was a big factor in the team’s success, Douglas said.

The Eagles got off to a rough start this season, falling in their opener to Zion Chapel 43-21. However, in their second game against an always athletic McKenzie team, the Eagles pulled out a 24-12 victory. Pleasant Home then went on to Kinston, Florala and Samson by the same score of 14-13.

After a short win-streak, the Eagles faced Brantley and lost 49-7, and then came back the next week to beat Georgiana 33-14.

Douglas said the team got better as the season went along, and that the players found their identity late, from the second half of the 18-7 loss to Geneva County in week nine to the second round playoffs loss to Linden.

“We were always the slowest team on the field,” Douglas said. “We found a way to sort things out. I thought they did a good job defensively. We finally started putting up a few points and yards through the year.”

Pleasant Home finished its 2011 season with a 8-4 record.