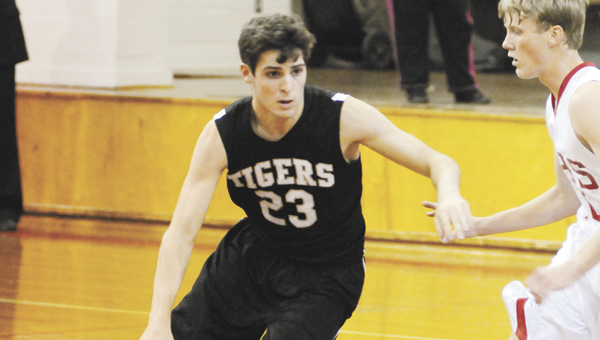 The Tigers’ tournament will get started today with Pleasant Home versus New Brockton at 4:30. Red Level plays Georgiana at 6 p.m., and SHS will play Kinston at 7:30 tonight to round out the first day of the tournament.

“One of the winners out of this bracket is going to win this thing,” Andrews said.

The championship game will be played at 4 p.m. on Saturday.

On Tuesday night, the Tigers fell to Georgiana 49-37, but a bright spot from the game was the fact that junior guard Hobie Hughes was on the court.

“You felt like you could do something inside because I had no inside presence at all,” Andrews said about Hughes. “You could tell a difference.”

Andrews said the big key to the tournament is sticking to the basics.

“We just want to play well,” he said. “We’d like to see Georgiana again. We like to play them because they set the tone for how we need to play basketball.

“It’s going to be good, hard competition,” he said. “We look forward for everybody coming out.”

Admission is $5 per person per day, which includes three games per day.