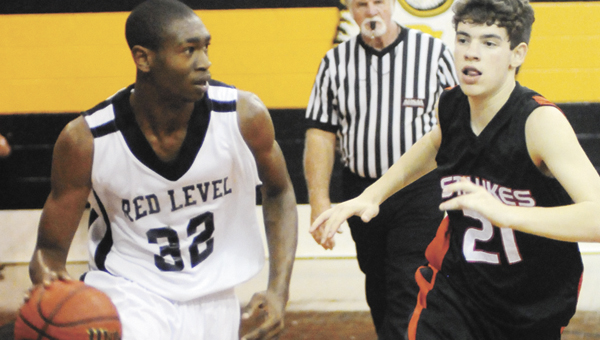 Twenty-five days after he fell on the back of his head and neck at the 14th annual Red Level Christmas tournament, senior James Feagin was back out on the court Friday night playing like he never left.

When asked if Feagin played conservative after coming back from suffering a concussion and tearing ligaments in his neck.

“He’s instinctive,” he said. “He played like he normally does.”

The Tigers improved to 14-7 on the season, and Friday night’s win was the ninth win out of 10 ball games for RLS.

Florala’s varsity boys and girls picked up area wins over Kinston on Friday night at FHS. The boys beat the... read more