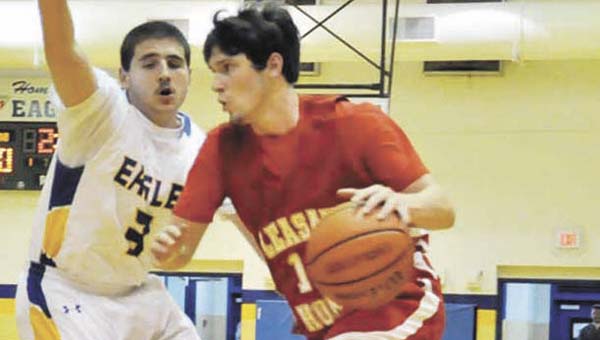 PHS had four players in double figures on Monday night.

Lance Davis and Jeffrey Slaughter had 12 points each, and Kaleb Powell and Tyler Worley had 10 points each.

“We got to see pressure and man-to-man defense the last two ball games,” PHS boys coach Jerry Davis said. “Our scoring has been very balanced, and that’s a big improvement for us.”

Pleasant Home improves to 17-6 on the season, and will visit Straughn on Thursday night.

Davis led PHS with 18 points; Worley had 13 points; and Slaughter had 10 points.

PHS led 33-6 at half time after holding WSHS to no points in the second period.

WSHS trailed 45-9 at the end of the third period.

The PHS girls improve to 12-4 overall.

“We played a real good first half,” PHS girls coach Kelley Garner said. “We had a lot of good ball movement, and were really aggressive on defense.

“My young girls played the fourth quarter, and we had even scoring throughout,” she said.

Red Level trailed 27-21 at half time to Florala, but the Tigers outscored the Wildcats 40-18 to walk away with... read more