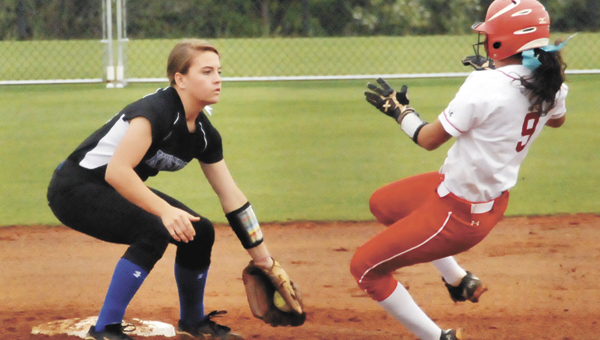 Far removed from the other five softball fields at Lagoon Park in Montgomery sits a field all by its lonesome — Field No. 6.

Pleasant Home will make its third straight start of the Class 1A State Softball Tournament the sixth field today at 10:30 a.m., where it will play Decatur Heritage.

While returning to Lagoon Park might seem like a homecoming for PHS, the local team will get down to business in their quest for a state championship.

Last season, PHS almost got the blue map, but had to settle for the red one as it lost to defending state champion Ragland in two games during the finals.

Stephens said the girls are playing real well right now, and that it feels great to be back at the state tournament.

“The girls just started hitting the ball at the right time,” he said. “I’m hoping that’s going to continue to press on.”

During his research to get ready for state, Stephens said he’s heard a lot of the same things over and over about the rest of the seven teams in 1A.

“In last year’s state tournament, there were some teams in there, to be quite honest, who were just weak,” he said. “This year, there’s not really any. They’re all tough.

“Parrish and Sumiton Christian are really good,” he said. “Decatur Heritage has good pitching, they hit the ball well and play good defense. You hear that over and over.”

The keys this week for PHS are to make the least errors, put the ball in play and apply pressure on defense, the coach said.

“If you can cause the pressure to be put on them, then you’re in good shape,” Stephens said. “If you got all of the pressure on you, then that’s a big problem. Softball’s a pressure game.”

One big advantage Pleasant Home has over DHHS is its state tournament experience.

PHS will be making its 12th consecutive appearance, while DHHS is making its first.

Stephens said he’s telling the girls to go out and have fun because they know what to expect this week.

“I can’t go out and drastically change the game plan from what we’ve had all year. It’s too late,” he said. “This is a time at which you play your best ball game. Whoever plays the hardest and wants it more, will probably get the win.”

Not winning a blue map isn’t an option for PHS this week, especially for its six seniors, Stephens said.

“The reason why I feel like we can (win a state championship is) because we have a senior class who has a motor that doesn’t stop,” he said. “These are some hard-working girls. I’ve got some juniors who work hard.

“They want to win,” he said. “There are times as a coach you can see kids accept defeat. These girls don’t accept defeat very well. They have what I call true Pleasant Home softball mentality. You’ve got to prove it to us that you’re going to beat us. And quite honestly, another reason is that their faith has grown a lot over these years. I feel like they have, but I could be totally wrong.”