Eagles got their hands full 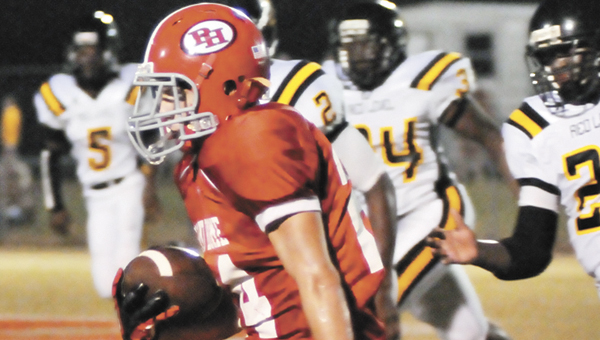 Pleasant Home’s got its hands full this week when it travels to play a physical Kinston Bulldogs on Friday night.

For the past four seasons, the match up has been decided by an average of five points per game. PHS owns a 3-1 advantage.

In his four years as a coach for the Eagles, Cody McCain said this year’s Kinston team is the best he’s seen.

KHS played Brantley well, only holding the Bulldogss of Crenshaw County to seven points in the first half.

McCain said Kinston had a couple of opportunities to score against Brantley.

“I’m sure they felt like they could get scores out of it,” he said. “They ended up giving up a kick off return to start the second half to take a two-score lead.”

In Kinston’s loss to Samson, the Tigers won the game on a late touchdown.

McCain said he frequently talks to Samson head football coach Robert Bradford, who was a former coach at PHS.

McCain said that Bradford noted that Kinston played “good enough to beat us.”

For the past three years, the PHS-KHS games have come down to late theatrics, usually with a team scoring at the last minute, McCain said.

“For us to have a chance, we’re going to have to play much better,” he said. “I expect the game Friday night to come down to another late-game possession.”

The Florala Wildcats are putting in a little team work this week in the lead up to their region contest... read more