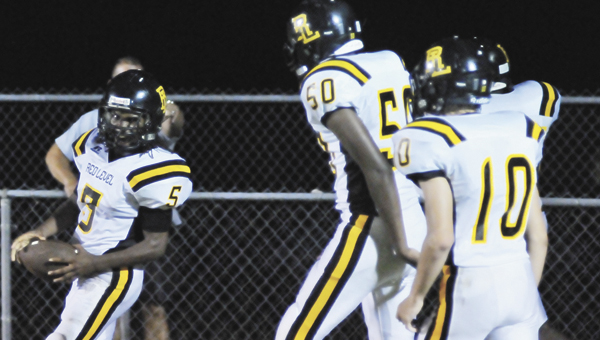 Red Level’s aiming for its first win and spending a little more time at practice is what the doctor ordered for the Tigers, head football coach David Godwin said.

This week, RLS has practiced more than two-and-a-half hours each day to work on making sure its execution is down perfectly, the coach said.

“Our effort is where it needs to be,” Godwin said. “We want to make sure we put time in during the week to where on Friday we’ll compete fully.”

The Tigers will be driving about 20 miles north to play at Georgiana tomorrow night for their seventh game of the season.

Godwin said the Panthers are “athletic.”

“They remind me a lot of McKenzie and the kind of kids they got on the football field,” he said. “(Sophomore quarterback Jacquez Payton) may be the most athletic kid in our region. He reminds me of (McKenzie senior defensive back and wide receiver Nicarius) Peterson.”

Godwin said during film study, he noticed that Payton gave Pleasant Home a run for its money, and made Brantley “look slow.”

“He is an exceptional athlete and we’ve got to know where he’s at at all times,” he said.

In addition to Payton, Georgiana has Latrell Seals at running back.

On the injury front, two of the three football players who were involved in a single vehicle wreck last week are still out. Tray Atkins was unable to practice with RLS, and will be reevaluated, Godwin said.

Additionally, Brent Mitchell reinjured his shoulder, and AJ Nicholson (foot) got hurt last week and was able to practice on Tuesday.

“We still don’t know whether he’ll be full speed, or dress with us,” Godwin said.

Godwin said he hopes the crowd will follow the Tigers tomorrow night, where the game kicks off at 7.

Fall baseball, softball… why not?

Tuesday night was a first for me. I went and took pictures at a baseball and softball game at Johnson... read more