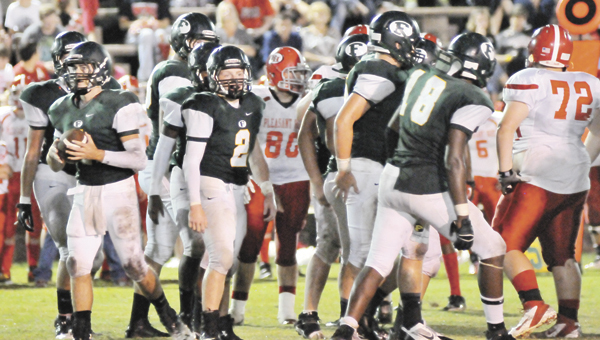 FHS head football coach Bubba Nall said Kinston is “good at what they do.”

The Bulldogs have weapon on offense in the form of junior running back Gage Hatten, who has rushed for 995 yards on 94 carries and scored nine touchdowns so far this season.

“He’s really fast,” Nall said. “They’re very good at what they do. It’s kind of like a different style of an offense. Ours is a split-back veer. In the past, they’ve tried to do a two-tight double wing.

All week at practice, the Wildcats have been focusing on getting the game to the fourth quarter, Nall said.

“We’re expecting a hard-nosed Kinston-Florala football game,” the coach said. “If make it a game and get it to the fourth quarter, then we feel like we have a chance.”

Right now in region play, the Wildcats are in a three-way tie with Geneva County and KHS. McKenzie came out of nowhere and sets at 4-0 with Brantley, a strong favorite to win the region championship.

FHS is now competing for either the third or fourth seed going into the playoffs.

“We still have Kinston, McKenzie and Georgiana left as our region games this year,” Nall said. “I feel like we can compete in all of those games. But, before we get to game two or three, we have game No.1 (Kinston tonight).”

Kick off in Florala tonight is at 7.