Hall, Holland to wed in April 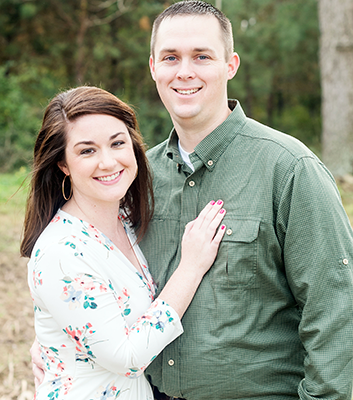 The bride-elect is the granddaughter of Mr. and Mrs. Kenneth Benton, Mrs. Mary Hall, the late James J. Hall and the late Myra Brown Benton, all of Opp.

The bride-elect is a 2007 graduate of Opp High School and 2011 graduate of The University of South Alabama. She is currently employed at Mizell Memorial Hospital as a mammography and radiology technologist.

The future groom is the grandson of Mrs. Evelyn Bess Mitchell of Opp, the late Alphys Robbins of Red Oak Community, the late Morris Holland of Andalusia, and the late Sara Norris Nadeau of Andalusia.

He graduated Andalusia High School in 2004 and trade school in 2005.  He is a career firefighter and actively volunteers with River Falls Volunteer Fire Department.

They plan to marry at 4 p.m. on April 14 at First Baptist Church in Opp. No local invitations will be sent.