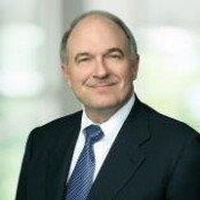 Richard was a partner in the Washington, D.C., office of Hunton Andrews Kurth LLP and served as co-head of its litigation department. He was a devoted father and a highly accomplished lawyer who served myriad high profile clients and mentored many young attorneys as they grew to become leaders in their field.

Richard was born on March 16, 1953, in Andalusia, to the late Richard Leslie Wyatt, Sr., and Katherine Genelle Worley Wyatt. His family has been rooted in south Alabama for many generations. From his early years he fondly remembered summers spent with his grandparents Martin and Lillian Wyatt on their farm in Rose Hill, Alabama. His grandfather was a great influence on his life and through him Richard gained his love for Southern humor and wit. He often quoted Jerry Clower and Lewis Grizzard when spending time with his family and close friends.

Richard graduated from Andalusia High School in 1971. Later, he graduated from Auburn University in 1975, with a bachelor’s degree in economics and earned his JD from Emory University School of Law in 1979. Following law school, Richard worked at the law firm of Fisher Phillips in Atlanta, Ga. In 1987, he joined Akin Gump Strauss Hauer & Feld LLP and practiced there for 21 years, serving as a member of its Management Committee and as head of its litigation department.

In 2008, Richard joined Hunton & Williams LLP (now Hunton Andrews Kurth LLP) in Washington, as co-head of its litigation, intellectual property, competition and labor practice groups. Over his decades long legal career he served as strategic and lead counsel to both plaintiffs and defendants, and argued numerous appellate cases, including before the U.S. Supreme Court. He was admitted to practice before the US Supreme Court; the U.S. Courts of Appeals for the Third, Fifth, Sixth, Ninth and Eleventh Circuits; and the U.S. District Court for the Northern District of New York.

Richard was a great advocate and friend to many.

In addition to his illustrious legal career, Richard generously supported many organizations and charitable causes. He was a long-time supporter of the Benedictine School in Ridgely, Md. He established a scholarship at the Emory University School of Law in honor of his mentor, Erle Phillips, and recently established an endowment, the Richard L. Wyatt Professorship in the College of Liberal Arts, at Auburn University. He was preceded in death by his parents.

Visitation was Monday, December 3, at Pumphrey Funeral Home, 7557 Wisconsin Avenue in Bethesda, Md. Funeral services were held on Tues., Dec. 4, at 1 p.m., at St. Francis Episcopal Church, 10033 River Road, Potomac, Md. In lieu of flowers, donations may be made to the American Heart Association.

A local graveside service will be held at 11 a.m., Mon. Dec. 10, at Mt. Gilead Cemetery in Rose Hill with the Rev. Jim Walker officiating the service. Visitation will begin at 9 a.m., at Foreman Funeral Home on Mon., Dec. 10.

Mrs. Williams was longtime active church member at Cold Water Congregational Church.  She was a volunteer at Save-A-Life of Covington County and the Christian Service Center in Andalusia. She also enjoyed spending time gardening in her yards.  Mrs. Williams finished college with a master’s in chemistry later teaching high school chemistry for many years.

Funeral services will be held at 2 p.m., Sun., Dec. 9, 2018, at Cold Water Congregational Church with the Rev. Benji Wilson officiating. Burial will follow in the Cold-Water Congregational Church Cemetery (17385 Dunns Bridge Road Andalusia.) Keahey Funeral Home of Andalusia will be directing. The family will receive friends one prior to the services.

Mrs. Williams was preceded in death by her husband, Jim Williams III, in 2013.

Please join us in remembering Mrs. Williams by visiting her memorial page at www.keaheyfuneralhome.com.

Two now-deceased Catholic priests whose service included Christ the King Parish in Andalusia are among those on a list of... read more