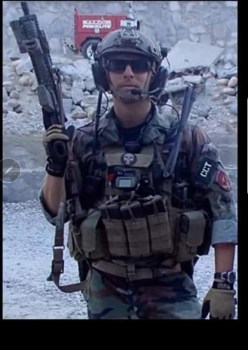 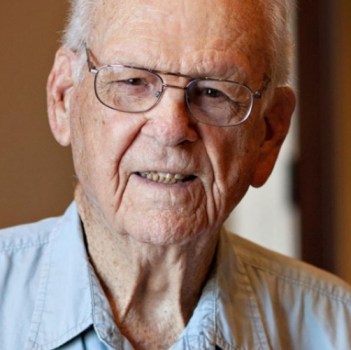 Last Saturday, December 7th, countless Americans commemorated the bombing of Pearl Harbor. But 1941 was a different era—those of the WWII generation embraced sacrifice for God and country.

The U.S. Department of Veterans says nearly 300 of our WWII veterans are lost every day. At that rate, most won’t be alive in four years.

Ray Sibley, who turns 93 this year, is one of the few left. He lives here in Covington County.

At age 17, after his older brother was badly injured in France, Ray Sibley knew it was time to sacrifice for his country. He volunteered for the U.S. Navy.

On December 27, 1944, Sibley traveled by train to California for boot camp and then shipped out to the Philippines. It couldn’t have been a worse time.  According to the National WWII Museum, “The final nine months were the deadliest in the Pacific theatre.”

Sibley became part of Admiral Nimitz’ 3rd Fleet, working on a fast Navy tanker that fueled carriers and their escorts at sea. Called “Underway Replenishment” (UnRep)—this was hailed as Nimitz’ secret weapon. Sibley worked on deck, signaling nearby ships with flags during the daylight hours and with lights at night. His job also involved steering the ship.

But Sibley was to experience more historic moments. He was in the South Pacific when the atomic bombs exploded over Hiroshima and Nagasaki. His ship was present in Tokyo Bay for one of the most memorable of American events—the official surrender of the Japanese on September 2, 1945. He actually spent a day at Hiroshima walking around with his buddies.

“No one knew anything about radioactivity back then,” he said, but neither he nor any of his friends were hurt by the radiation.

What did he see?

“It was a large city in a valley surrounded by hills. Everything had been leveled to the ground, except for a few concrete or steel frames. We walked around on the ground and through the rubble.”

“The good Lord carried me through,” he said, the Navy soon returning him home.

A lifelong Baptist, Sibley said, “I’ve always been faithful to the Lord. It wasn’t just that my parents were Christians, so were my grandparents and aunts and uncles. Student pastors would stay at our home.”

It’s little wonder then that when his grandson, Forest Sibley, joined the Air Force, he was known for taking his buddies and going out to pray. Forest, who had four tours of duty in the Middle East, also made a point to work with the local children, building trust and sharing Christ with them.

“Forest always had a desire to help someone,” his grandfather said.

As a combat controller for the 21st Special Tactics Squadron, Forest was one of only 500 in the world.

“He was dropped off in advance,” Sibley said, “to put in an airfield or to be the eyes and ears for his troops. To take advance fire.”

Technically, Ray Sibley’s sacrifice for his country ended on August 15, 1945 with the Japanese notification of surrender. Sibley couldn’t have known then that 70 years later, almost to the day, his grandson would make the ultimate sacrifice, giving his life for his country.

“As Forest was entering a new base in Afghanistan,” Sibley said, “he was met by two men in Afghanistan uniforms, but they were enemy forces. They shot and killed him.” Forest was 31 years old.

Ray Sibley has many favorite Bible verses but the one he remembers each day is for his grandson. “Greater love hath no man than this, that he lay down his life for his friends.” John 15:13

Yes, the WWII generation is dying away, but it’s not too late. Those generations that follow Ray Sibley’s can still act.

Stand for the flag and respect God who guides and blesses us. Vote any chance you get. Demand that patriotism and morality be taught in every school. Don’t let anyone disrespect those who offered their lives, like Ray Sibley, or who gave their lives as Forest Sibley did.

This is our country—yours and mine. We decide.

Copyright © 2019 R.A. Mathews.  The Rev. Mathews is a faith columnist, attorney, and the author of “Reaching to God.” You may contact her at letters@RAMathews.com