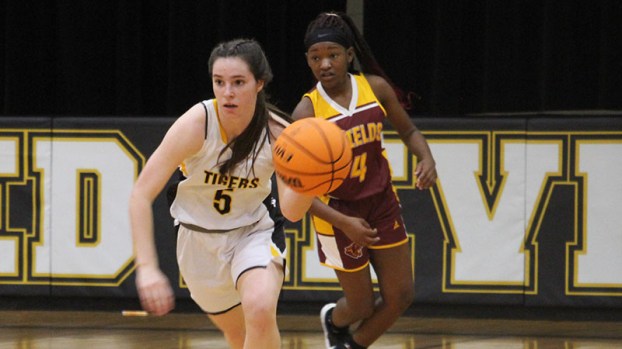 The Red Level Lady Tigers jumped out to an early lead against J.F. Shields and never looked back on their way to an opening-round victory in the 1A Area 3 Tournament Tuesday.

Kaitlyn Beverly led the way early on for Red Level, scoring seven in the first period as the Lady Tigers took a 12-9 lead after one period.

The Lady Tigers continued to outpace J.F. Shields in the third stretching their lead to 32-24 going into the final period.

Hunter helped put the game away for Red Level, scoring seven of the Lady Tigers’ 18 points in the fourth period.

The Red Level Lady Tigers’ record stands at 13-6 overall and is first in their area with a 6-1 record. They are scheduled to travel to Georgiana Thursday for the second round of the area tournament with tipoff at 6 p.m.

Pleasant Home fell just short in a hard-fought in the 1A Area 2 semi-final contest at Kinston Wednesday, 59-57, ending... read more