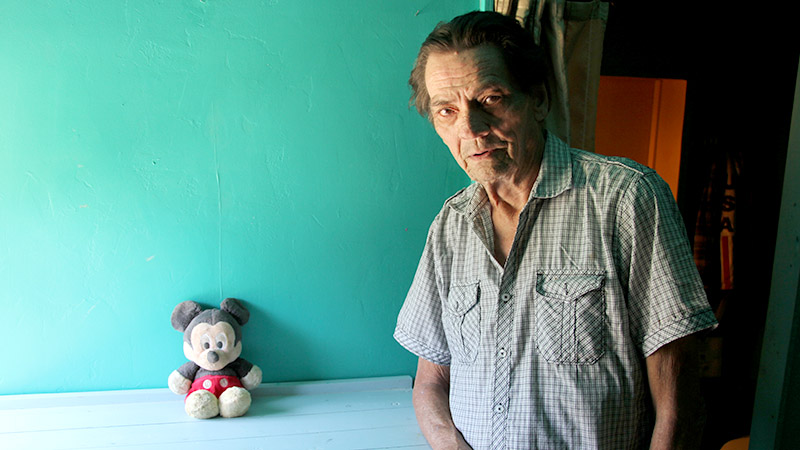 Larry Tubberville with his vintage Mickey Mouse stuffed toy that was given to him by Walt Disney as a birthday gift in the early 1970s.

Some toys seem to vanish into thin air as time passes, but others are worth taking care of for the long haul. Larry Tubberville certainly has an interesting toy that has been a part of his life for almost 50 years.

A native of Andalusia, Tubberville spent about 20 years in Florida. One of the jobs he held there was working with an antique restoration company that provided services to Walt Disney. Disney and Tubberville’s boss were well acquainted and when it came time for Tubberville to celebrate a birthday, Disney presented him with a vintage Mickey Mouse stuffed toy that he proudly displays at his home. 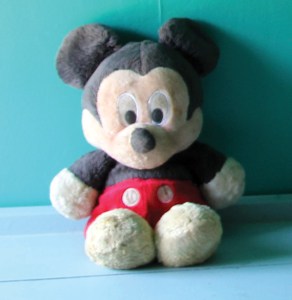 “I went to Florida and went to work for an interior decorating firm and was doing antique restoration work. I met Walt Disney through my boss and he had looked at some of my antique work. It was either my 20th or 21st birthday, that he gave me the Mickey Mouse and wished me a happy birthday,” Tubberville said.

Disney told Tubberville that the toy was from the 1930s and that he should hold onto it. So, he did.

“It’s something I always held on to because he gave it to me and, being in antiques, I figured it would be worth something one day,” he said.

Tubberville’s passion for antiques began at a young age when he would do odd jobs at an upholstery shop in Andalusia where he learend from the owner, Mr. Keefe.

“I was 19 years old and would do odd jobs and sweep up for him. He taught me a lot about antiques and I decided I wanted to do what he did,” Tubberville said.

That goal led him to Opopka, Florida where he began working in restoration. He later returned to Andalusia where he worked in the postage business before retiring.

After holding on to the Mickey Mouse for 50 years, Tubberville said he is interesting in selling the toy as the time has come to let someone else enjoy that piece of history.

But, before he gives it up, Tubberville, plans to use his skills as an artist to do a canvas painting to always have a reminder of the unexpected birthday gift.