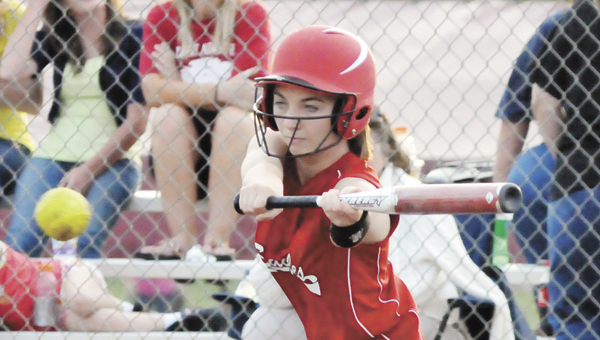 Pleasant Home head softball coach Bradley Stephens said if his team plays their kind of ball, then they’ll be OK at this weekend’s Class 1A South Regional tournament in Gulf Shores.

Pleasant Home enters this weekend’s tournament as the Class 1A, Area 3 winner, and will play former area foe Florala at 8 a.m. Friday on Field No. 2 at the Gulf Shores Sportsplex.

The Lady Eagles walked away from the 2010 regional tournament winners, defeating powerhouse Kinston during the tournament, and beat Ariton in the championship.

PHS is in the same bracket with Florala, Fruitdale, Georgiana, Kinston, Brantley, Sweet Water and McIntosh.

“I’m not really overlooking anybody,” Stephens said. “Kinston’s there, and they are accustomed to being there.

“I’ve done a little research on Sweet Water, and they’ve played some, too,” he said. “I know they’ve beaten (Class 4A’s) Thomasville and Jackson. They’re there, and they obviously did something right.

“This is the non-gimmie time,” he said. “Everybody made it there for a reason.”

When asked what the keys are for Pleasant Home, Stephens said “pitching” and “hitting” are the main two.

“Our pitching is going to have to be on, and we’re just going to have to hit the ball,” he said. “Our defense has been playing really solid. If we keep our errors down in the field, we’re going to be fine.”